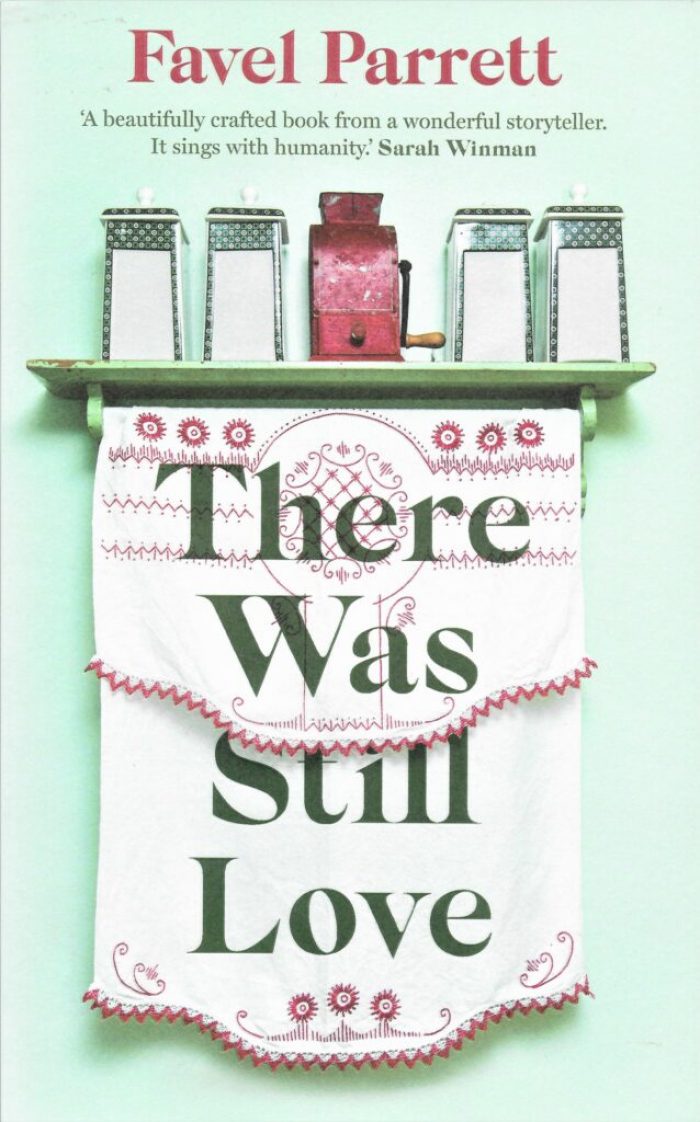 A vividly evocative tug at the heart-strings

RARELY do I find a book having such a deep and personal impact as this moving and tender story.

Its effect lingered long after the final word had been read; reviving cherished memories, plucking at the heartstrings. Poignant moments from earlier days were relived, reflected upon with a mixture of sadness and joy.

The details are mostly well distanced from my own experiences, yet the timeline and locations mirror my own to an unsettling extent. They converge and mingle before going on their separate ways, like tramlines at a junction,  As do the over-arching themes of separation and unbridgeable distance. Joyful times, sad times.

Although author Favel Parrett states it is a work of fiction, the devastating events and times against which it is set are achingly real.  As are the precisely described characters who people its pages. None more so than Parrett’s grandparents, Mitzi and Bill,  around who this elegant “fiction” is woven.

As she  says in an author’s note, they were “very real”. Her further comment, that,  “they are never far from my thoughts” is almost superfluous; there is never any doubt that this is so. That they taught her about kindness “and gave me all the time and love I needed” is crystal clear on every page.

As it says on the cover,  There Was Still Love regardless of the turbulent times chronicled within.   It never wanes throughout the deprivations and hardships of prewar Prague, the war itself, the thirty years in London and later when Bill and Mitzi move  to Parrett’s home town, Melbourne.

Always family comes first. Regardless of disputes, squabbles, rifts and enforced separations. And always with deep abiding love acting as the unbreakable tie that binds.

The timeline moves seamlessly back and forth from the late 1930s in Czechoslovakia, as it was then, to recent times in Melbourne. A period that encompasses World War II, Russian control, the Prague Spring and the Velvet Revolution. All were crushing events but are left for the historians to delineate while we watch the family bend but never break under this all-pervasive domination of daily life.

History is told through their eyes and their reactions.  And with sparse and telling precision; always with flashes of cynical humour typical of people who refuse to be crushed.  As when Bill’s nephew, Ludeck, asks in wonder if it really is as the newspapers claim: that “the whole world” is enviously watching the Spartakaida, a mammoth state-controlled display of synchronised gymnastics.

“If Poland and Hungary and Russia are the world, then yes.” is the pithy and telling response.  So succinct. So complete.

As with Ludeck’s rant against inevitable dish of cabbage: “There was always cabbage. No one ever ran out of cabbage. That would NEVER happen unless there was some kind of nuclear war. You couldn’t get bread, but you could always get cabbage. Cabbage soup. Fried cabbage. Pickled cabbage. Cabbage stuffed with more cabbage.” A nation’s existence vividly conveyed in less than fifty words.

The flow of conversation is between real characters, not puppets dreamed up to create a fiction. Mundane everyday actions and reactions deftly  paint global events and their impact on ordinary people.

No need for lengthy descriptions when a story is in the firm and sensitive hands of a such a humane and pin sharp narrator.

Taut, economical and elegant writing has become the Parrett keynote. Rarely is a word wasted; they all pull their weight.

A deeply emotional tale, written from the heart.

**DISCLAIMER: Although Favel and myself were fellow students on a professional writing diploma course many words ago (where her obvious talent was first being crafted), there has been no subsequent connection since.  However, I will confess for the first time to close emotional ties to Prague and Brno over years gone by. Given these two caveats, this remains an impartial view.

Previous
Since when did running come such a costly activity?
Next
Murder and mayhem in hilarious crime fiction debut