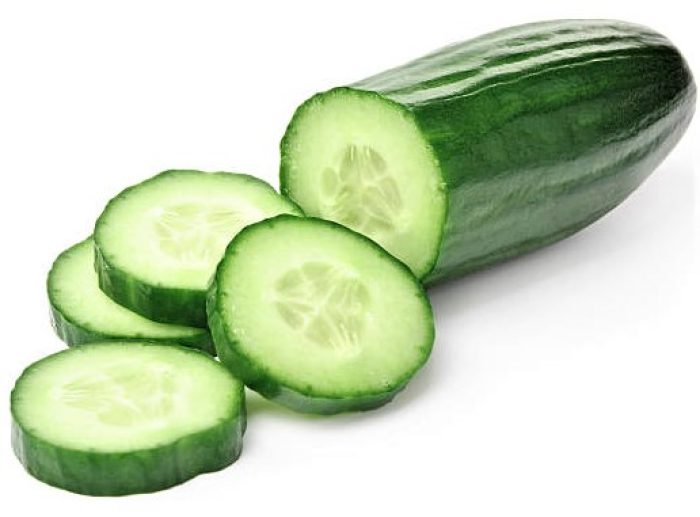 A fruit of simple pleasures

All you need to know about a (M&S) cucumber

ON a day when Waitrose announced it was following a move at least partially made by other supermarkets, it was intriguing to discover how dear old fuddy-duddy M&S was faring.

So, in the interests of research (are there other reasons for favouring this pricey purveyor?), I bought a cucumber from the M&S Food Hall (such a grandiose name for something so prosaic). Or, more accurately, a cucumber portion, which equates in layperson’s terms to roughly half a whole one.

This simple transaction entailed enduring the inexcusably impatient and frenzied recorded demands from some vague celebrity to “insert cash or pay by card”. Excessively and needlessly repetitive, especially in view of the ponderous reactions of the majority of M&S customers.

Once upon a time in a far off other world such a purchase required neither instructions nor innumerable words of advice and caution. Nor being screamed at when handing over one’s money.

We bought a cucumber. We held it, took it to the till, handed over cash and placed it, unwrapped and unadorned, in our bag or basket. Simple. Job done.

By contrast, my M&S cucumber – or mere portion of one – came wrapped not only in its own sturdy, wrinkled and weathered skin, but also in a Lycra-tight covering of plastic clingfilm. Poor thing, it clearly needed protection from the picking, boxing and shipping that it had had to endure.

It had then been inserted into another thin plastic sleeve covered in what can only be described as “the fine print”.

To clear up any possible doubt, the boldest words ensured us we had indeed bought a CUCUMBER PORTION. This is no doubt helpful for anyone thinking it was a zucchini – or even an elongated Granny Smith in these uncertain and uninformed times.

It also originated in Kent, UK, which was inexplicably further described as being located in Thanet Earth.

Then came the warnings: a best before date (a hint for the unwise: it goes mushy), advisable to store in a fridge, and to wash this over-wrapped, triple-protected fruit before use. Or you could peel it if deeply germ averse.

But there’s more. First, in a highlighted panel there’s the familiar alert about taking five portions of fruit and veg for optimum health. Then there’s a detailed breakdown of the cucumber’s nutritional value (does anyone read this guff?). Plus assurance that it is “deliciously healthy food enjoyed as part of a healthy lifestyle and balanced varied diet.”

Yeah, yeah. Thanks for telling us. It’s a bloody cucumber for heaven’s sake!

Then comes the motherhood statement that at M&S “we know all our growers so we can make sure they work to our own Field to Fork standards …. that cover food safety, care for the environment and worker welfare right the way through from the field to your fork.”

You gotta believe it, all ye of little faith; this is M&S speaking.

A humble, long-loved salad ingredient simply enjoyed when thinly sliced, lightly peppered and salted between two slices of farmhouse bread with slivers of English Cheddar or tomato or (getting luxurious) scrambled egg is pretentiously elevated into something to be protected, studied and almost – like some medicinal magic – used with caution.

The composing of the advice and warnings, the design of the packaging and the actual wrapping admittedly all provide employment. But they also add to the costs of what is really a very basic and uncomplicated eating pleasure.

And now for the punchline: hidden in a corner of the wasteful and needless second skin are five damning words: film – plastics, not currently recycled.

So all that waffle about care for the environment really counts for nothing … and well done Waitrose and others.

Pass me another of those cucumber sandwiches. Yum.

Previous
There will be no stopping my insults.
Next
If it ain’t broke, WordPress, why ….?