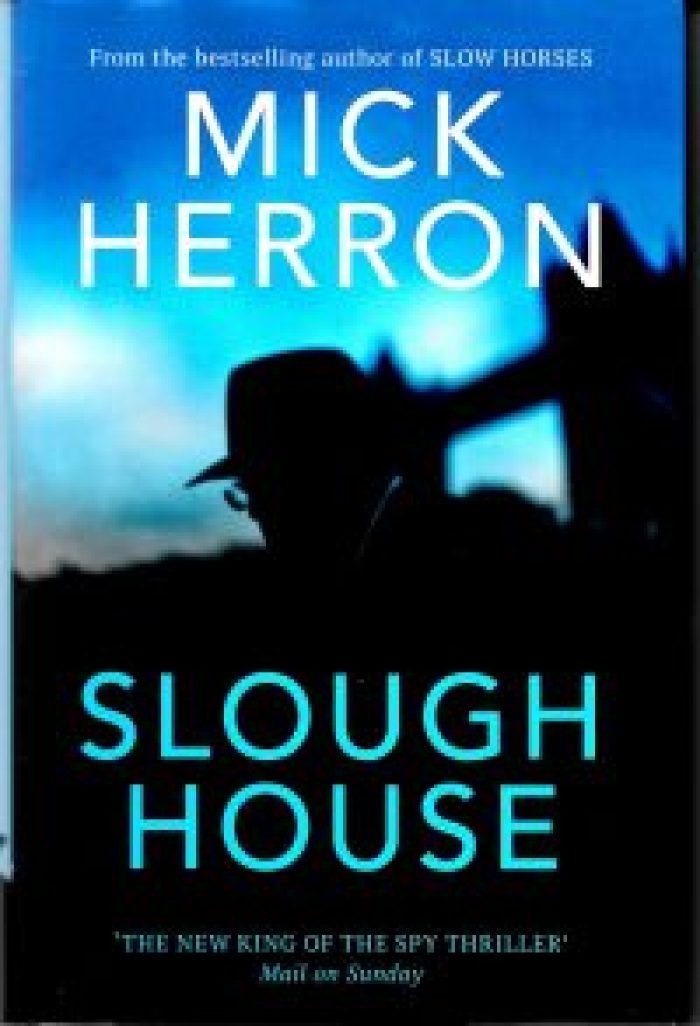 CONSIDERING his prolific output and the frequency of publication, crime writer supreme Mick Herron remained off my radar for an inexplicably long time.

During which time he published numerous much-praised books and won several prestigious awards.

How I managed to miss him – or perhaps simply ignore him – I have no idea.

Fortunately, the oversight has recently been quickly remedied.

And with much enjoyment; often of the laugh out loud type because Herron does a deft act of melding humour and deadly deeds. Both are quick and to the point, no messing about. Keeping the narrative lively and alive; no bedtime bringing of sleep.

While the witticisms are razor sharp, the fatal body blows are more often delivered using whatever blunt, and unlikely, weapon is closest to hand.

All the books, whether long form or novellas, feed off the devious world of espionage. It’s as if John Le Carre has gone rogue. Equally complex plots but wilder and weirder characters than Le Carre’s straight-laced and po-faced servants of the state.

There’s more action with Herron, fewer languors.  Conversations as duplicitous as with LeCarre but using language more direct, off the streets and less gentlemanly, punchy and spiced with slang and sharp current references.

Herron’s stories revolve around a sidelined former spook, Jackson Lamb. He has been cast aside but not totally abandoned by his former MI5 overlords who operate not from a grandiose riverside pile but from a labyrinthine multi-storey maze beneath Regents Park.

In total contrast, Lamb’s London base is the seedy broken down Slough House, entered through a loosely locked door down a dark alley in Finsbury.

It is so named because it houses Lamb’s motley crew of (pun alert) “slow horses” – a team of misfits similarly  sidelined and dismissed by HQ or plucked from the ranks of those unlikely to find employment elsewhere.

Society’s fringe-dwellers, they nonetheless have wits and skills that Lamb deftly manipulates in dealing with forces of evil too hot for the would-be cleanskins at Regent’s Park to handle.

These sad sacks – coke-heads, alcoholics, hackers and gamblers – think on their feet as they dish out random acts of retribution at Lamb’s bidding while suffering deadly danger and serious injury.

With Slough House (published in 2021), the mood is even darker  and the stakes far higher than in preceding tales. This is the time of Novichok, of shadowy, state-controlled tourist assassins and chaos wrought by rampant home-grown protest cells.

The nation’s protective forces are under threat from without and within. Trust and loyalty are at a premium. Even Regent Park’s iron fisted chief, Diana Taverner, is close to losing control.

Jackson Lamb’s slow horses have been depleted by fatal “accidents”; all their details obliterated from service records. Slough House has become officially non-existent; cast adrift into a menacing sea of subversion and violence.

True to stubborn form, the slow horses ignore the whirlpool surrounding them. They recruit and regroup to battle on through the mayhem, relying as ever on their diverse and sinister skills for survival.

Well, some of them, as death is more certain for a slow horse than a pay packet or reimbursement of expenses from the grimy, grotty and uncouth Jackson Lamb.

A swirling, dizzying sequence of events unfolds. Mayhem unlimited. Often extreme, pushing the bounds of credibility, but in today’s two-faced world, who knows what’s possible and what’s not? Who are the goodies and who the baddies?

Will Lamb survive to continue polluting his No Smoking office, sweaty feet up on his desk while slurping a triple scotch as he hurls vitriol and whatever object is close to hand at one of his bloodied slow horses?

Let’s hope so. Crime fiction would be so much the poorer without him.

*Also read and highly recommended in my recent gorging on Herron’s works are: As It Happened, Nobody Walks, Joe Country, Slow Horses, The Catch, The Drop and The List.

Previous
So why not turn the damned things off?
Next
Really, is this is what happened?