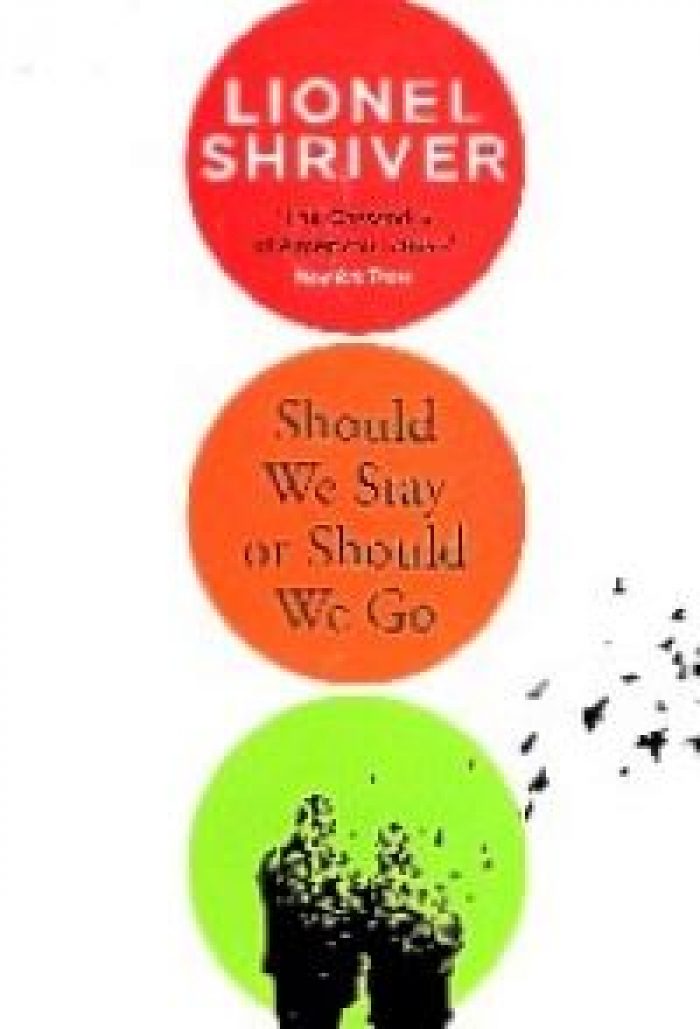 IT is probably tempting fate when less than two months of the twelve have passed to declare “This is my book of the year”. But that’s the way things have been since I turned the final page of Should We Stay or Should We Go and fell into several moments of deep reflection.

By then, all earlier irritation at the title’s missing question mark had long passed; author Lionel Shriver could do no wrong. And there was so much to think about.

Definitely my book of the year; and the most memorable in many a long while. One I can see myself dipping back into time and again.

What is lurking on publishers’ lists that could possibly outshine it?

It is very much one to ponder over, to reflect on the several possibilities posed by that titular question.

To put oneself in the same position as the story’s two main characters.

To juggle with the dilemma they constantly face over the several years of the book’s span, from early Brexit days through to the distant future.

To set their thought processes alongside one’s own concerning an issue that tends to dominate more and more as the years flow by.

In essence it is a  book-long debate, tenderly packaged and rippling with warmth, compassion and gentle humour.

The pros and cons, point and counterpoint, yays and nays  rarely descend into the rancour or bitterness so common in modern debate where neither party is willing to concede the slightest point.

Question Time without the shouting and obduracy.

But like that televised lions’ den of predictable stubbornness, not to everyone’s taste.

Certainly not the millennials’, the Gen-Xers and their related tribes –  those to whom most of the previous century is unknown territory.

This is definitely a book for those of “mature years”, those hordes of deteriorating humanity cluttering our hospitals and care homes.

When we first meet them, Cyril and Kay Wilkinson are on the cusp of joining this elder class. They sip pre-dinner sherries while mulling over that day’s funeral for Kay’s father after ten trying years as a victim of Alzheimer’s.

She sheds no tears; merely sighs with relief at his passing.

Cyril, a GP,  posits it is not the life either of them wish for their own later years.

Kay, a former nurse and now a qualified interior designer,  agrees. They have both spent so much of their working hours immersed in the world of the old and the ancient. The incontinent and decrepit.

Cyril has seen enough geriatric patients come and go “to surmise pretty conclusively” that beyond about the age of eighty very few people sustain the quality of life they take for granted in their younger years.

Everyone thinks they are the exception, adds Kay. They see what happens to old people and vow it will never happen to them. Somehow they will do something so that their ageing will proceed with dignity.

“They think they have too much self-respect to allow a complete stranger to wash their private parts.”

The couple are in easy accord; everyone is the same: they fall part and “finish out the miserable end of their lives like everyone else”.

It is not a pleasant picture they paint. Cyril’s mind is  made up; he has already placed a packet of  an “effective medical solution”  in the fridge.

But Kay takes a few days to decide to fall in with his long-held plan that they should farewell life in unison on Kay’s eightieth birthday.

Then the pact is signed.

Still fit and healthy in their sixties, they can now cast off the doubts and fears of declining physical and mental ability beyond the age of 80.

They are carefree and unfettered, ready to enjoy to the full their final two decades.

In planning so precisely the date of their deaths one thing has been overlooked: Life.

In the here and now. With all its uncertainties, fluctuations, setbacks, variables, accidents and changes of heart and mind.

Twelve, in fact. Each of which Shriver creates and delivers with a rich mix of wit, emotion, invention, tenderness and sharp commentary on the events that surround Kay and Cyril as they traverse their sixties and seventies – and venture well beyond into an often hilarious involvement with cryogenics.

It is a rich and pleasurable concoction. Vivid and brilliantly written. A joyride of emotions.

And for anyone categorised, like it or not,  in the mature or senior bracket, a thought provoking journey into humanity’s twilight zone.

So much to ponder and so much to enjoy.  With that titular question ever looming. Right to the very end.