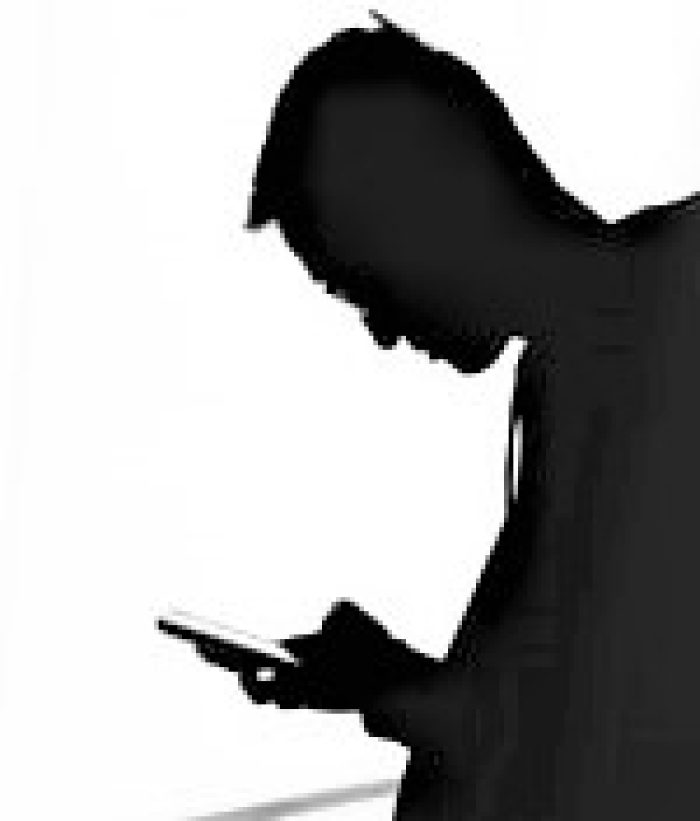 The receptionist smiled her greeting.

‘I hope so. At least you look as if you want to.’ A clumsy compliment, Bromo chided himself. But well meant. ‘Makes a refreshing change to where I come from,’ he hurried to explain. ‘Tyllmouth must do strange things to people. So relaxed and slow-going.’

She gave a brief chuckle. ‘Most of them least. Why be niggly when you can be nice? But nowhere’s perfect, not even a place like this. We do have our dark side.’

‘Intriguing, you must tell me more. In the meantime, I was hoping for a quick chat with Mr Novak.’

‘Sorry, you missed him by about five minutes. He’s gone to visit a possible client. Maybe I can help?’

Worth a try, Bromo decided. ‘A bit of a long shot but I need to contact someone I think is renting a place off you. A young woman, name’s Ryan.’

Keira grinned at him. ‘Oh yeah, and what sort of contact have you in mind? There are privacy rules, you know. Safeguards. Especially with a young woman living on her own.’

Briefly, she had him flustered. Felt himself colouring up. Having to make excuses.

‘No, no, nothing like what you imagine,’ he said. A hurried reply. Words rushed out. ‘Strictly business, and I don’t really need an address; a phone number would do.’

Keira gave him a knowing look and tapped at her computer keys. She used a Post-it note to write an address and a number. ‘You’re in luck, she was in here earlier, looking for a new place. I think this is where you’ll find her now.’ She pushed the Post-it towards him. ‘Here, but you never got it from me.’ She smiled. ‘You seem sort of okay.’

‘Not from the dark side that you mentioned?’

Frowns and a narrowing of the eyes suddenly replaced the smile. Was that a shudder too? Bromo knew fear when he saw it and Keira had it in spades.

She spread her arms wide, a gesture of helplessness, before taking a knuckle whitening grip on the sidebars of her wheelchair. ‘How do you think I ended up like this? Legless and immobile while still in my teens. Not quite the life I was expecting. And all thanks to those brain dead thugs.’

Bromo looked around, they had the office to themselves, no punters peering at the properties in the window display, a quiet between seasons interlude. He pulled a visitor’s chair close to Keira’s desk and sat down, showing the mix of concern and sympathy she had roused but also keen to add to what he had learned from Katie and Tash. She seemed eager to speak, to unburden herself.

Words he had too often heard, sometimes as an explanation but at others as a weak excuse for less than lawful behaviour. The get-out clause that collapsed as soon as it was tested.

It was a familiar story that she told, of carefree young women out on the town, drinking too much, sampling whatever drugs were doing the rounds, mixing with people she didn’t know, holidaymakers, blow-ins, everyone so relaxed. No menacing undertones. Then the early morning noisy stagger home, the raucous laughter, the shouting, the singing, a small and happy group, maybe a dozen or so, the party people without a care in the world. Boys and girls, friends and strangers.

Her voice dropped to a whisper, she was looking out at the harbour view yet was focussed on somewhere more distant, reliving that night, rewinding the fuzzy pictures her mind had recorded. She shook her head, a tumble of chestnut curls, coming back to the present.

‘I can only remember the crash, the screeching, the screams, the pain. But the details are still vague. Apparently some of the guys I was with had been dealing in another group’s territory. They had become a target. Their rivals were in the car, carrying knives, a stop and stab revenge attack. Driving too fast, drunk and drugged, hit the kerb, spun out of control and pinned me against the wall. End of story.’

‘Two killed instantly, a third had his life support turned off later.’

‘Hah,’ she scoffed. ‘The leader was one of those killed. For a while, they even tried to make me the guilty one, a drug mule, the reason for the revenge attack. Eventually changed their mind and one of the survivors is in prison, another doing community service, a real joke. And I was lectured about being in the wrong place at the wrong time. Guess I’m still rather bitter but try to think positive most of the time. Can’t say I’m sorry for any of them. One of my girlfriends lost her baby. Another, Queenie, a bright kid about same age as me, became an addict. You’ll see her about town, a sad sight, some people never learn.’

Bromo checked the name but decided against a comment. He nodded at her chair. ‘Tough way to learn.’

Keira gave a rueful sniff. ‘A lesson on wheels. I try to spread the word by talking to the kids at the drop-in centre but …’

‘…but the dark side doesn’t go away.’

Bromo finished her sentence as he stood and placed his chair back where it was. He hesitated, ‘Maybe I can do something to help. Leave it with me.’ Was that revealing too much? Too late now. Good move, bad move? Only time would tell.

He waved the Post-it note at Keira. ‘Thanks for this, could be a great help.’

With the door half open, he paused before breaking into the idling stream of pedestrians. Having second thoughts. What was the point in hiding things away? Keira would find out sooner or later. He half turned towards her.

‘By the way, you won’t be seeing Queenie out on the streets anymore …’ Her expression told him she immediately understood what he was about to say even before he continued, … ‘the drugs finally got her two days ago.’

He marched away, knowing full well what he would have to cope with if he lingered. Better that she contacted someone closer, more understanding, nearer her own age. Or her mother, if she was still around. So many weren’t; lured away by their own demons, any of the unholy trio of drink, drugs and sex or even all three.

Such depressing thoughts he needed to brush aside. None of that was his immediate concern, although a growing thought nagged at him that the brutal hiatus in Keira’s life was part of the reason he was trudging the hilly streets of Tyllmouth.

He was still holding the secretary’s Post-it note with Angie Ryan’s phone number. He thought of calling it but no wish to join the ranks of mobile-besotted obstacles clogging footpaths everywhere. It could wait.

Besides, he needed a good strong coffee and the café where Tash and Katie worked was only a couple of corners away.