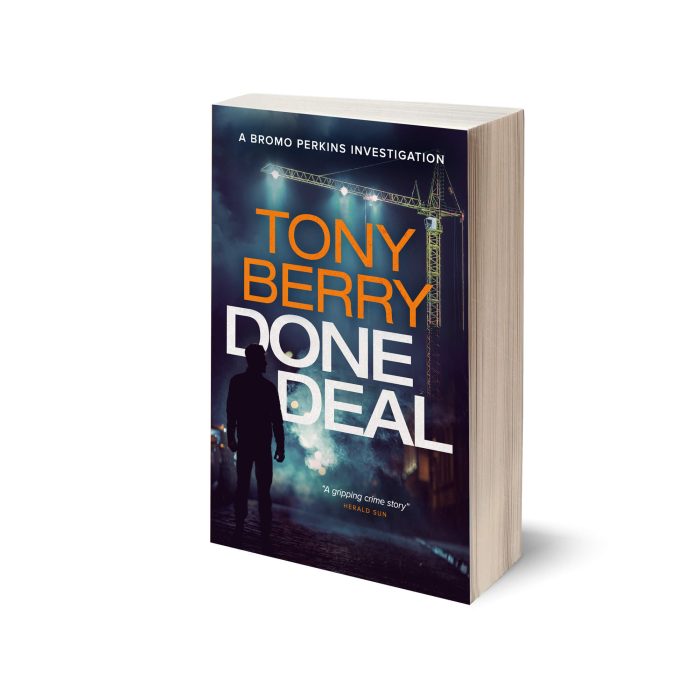 As former British secret service agent Bromo Perkins tries to establish an anonymous life as a travel agent in Melbourne, Australia, he finds himself being blackmailed into resolving murderous turf wars between property developers.

The trouble starts for Bromo – who blends hard-man machismo with a soft touch with the ladies – when he is presented with a photo of himself in flagrante delecto with Aurelia Nuyen, whose husband Gerry is one of said developers.

But besides art gallery owner Aurelia, there is Fiona, the beautiful minder of Gerry’s arch-rival Peter Rasheed, a punky Goth who works at the town hall, a high-ranking copper called Delia and a nightclub bouncer named Sonia.

The question is, can Bromo keep all these ladies sweet as he uncovers an unholy mess of bribery, corruption and death as he tracks through the city’s less-than-savoury underbelly – a journey that reveals much about its seamy past and present.

Done Deal will give all crime thriller addicts a fix to remember in this roistering adventure through the inner suburbs of Melbourne – a city they will come to feel is strangely familiar.

Previous
Washed Up
Next
Pooh-pooh to penalties for pooping