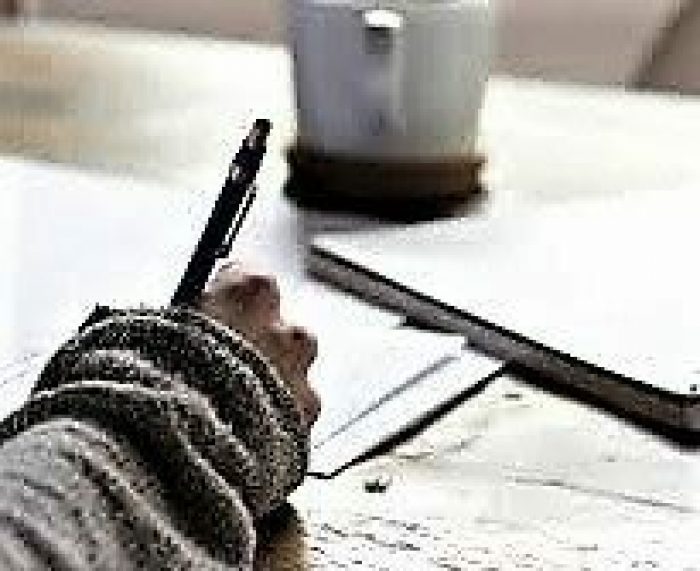 WITH Covid and staff shortages becoming the default excuse for poor service and faulty products it is sad to see the malaise spreading to the world of publishing. Errors there are so visible and so irritating to readers. For publishers they are so difficult and costly  to correct.  In specialist areas, editing shortfalls can bring onerous penalties and litigation.

Not all that long ago even the merest typo was a rarity. Now, at least a couple or so such errors can be expected in the average bookshop-bought volume. Regardless of how well-established and accepted is the publisher.

And all bets are off when it comes to the crowded self-published (and often self-edited) market.

Rich pickings lurk there not only for pedants but also for anyone who expects commercially sold reading material to be free of sloppy grammar, spelling errors, misused words and, of course, the inevitable wandering apostrophe.

Those were the days; sadly seemingly gone forever.

Take for example one recently released novel that I been lured into adding to my bedside reading.  “Highly recommended” said one cover blurb; “Perfect” said another. Both attributed to well respected authors.

Social media posts gave further positive reviews. What was not to like?

So I dived in, full of positive expectations.  Headlong into a dangling modifier that caused confusion at the start of the second paragraph.

And plough on through the rather quaint prose of an opening chapter of gentlemen and ladies rather than men and women (it is set in the current era, not Regency days), statements ending in question marks and a character called Kelly who is continually referred to as Kel’s, complete with the bewildering apostrophe.

Things can only get better; at least there is a mildly interesting story slowly unwinding. So on to chapter two …

Stepping from the train a cold breeze swirled around the platform …

One can only hope that the breeze had a valid ticket.

Onward through some heavy-handed descriptive prose (seasonal mosaics of ever-changing perceptions) detailing a rugged land of deep gully’s, attaching question marks to statements about local life and a sport’s day  attended by most of my friend’s mum’s.

And so it goes, the pleasure of reading a passable tale marred by a succession of grammatical errors that can only be due to shoddy, even non-existent, editing.

Dangling modifiers  and unrelated participles abound, apostrophes are scattered like confetti, statements are identified as questions, words are misused and misspelled,  phrasing baffles and confuses; and frequently amuses with the visual images created – His head throbbed as he held it in his quivering palms.

Lights take on a life of their own:

Circling the last jutting rock, the dirty sulphurous glow of streetlamps shone like beady eyes; and

entering the function room, lights danced and span (sic) across the floor and walls.

The reader is presented with miniscule, a sound that is feint, keys that are illusive when they are elusive, a character attuned to every creek (creak), a lorry that broke  (braked) hard, and someone steeling (stealing) a glimpse.

Gasps  are followed by soft twittering’s

And from beginning to end, poor old Kel’s battles on attached to that inexplicable apostrophe.

The original intention when picking up this novel was simply to have a pleasurable bedtime read; not seeking anything deep or meaningful, merely a gentle easing into sleep.

But the plethora of errors, mostly so basic, soon cancelled any such hopes. They irritated; frustrated easy reading.

The initial reaction was to do what so many others have done and sound the alarm via social media. Post alerts to others tempted to spend their hard-earned on this title.

Perhaps some sharp public words to the author asking “What the hell is this?” or maybe go gently with “Are you aware of all these errors?”

But a more reasoned approach prevailed and a polite, courteous (or so I thought) email was sent to the publisher (who I have so far refrained from naming) listing many of the book’s shortcomings.

The reaction was to deny knowledge of these errors, defend the very high level of their experienced team of editors and scatter social media with libelous allegations about my professional expertise.

These I understand have since been deleted, although the damage remains.

Even more concerning is that, as far as I am aware, nothing has been done to correct the text and thus the author continues to have an error-strewn book attached to their name.

Life’s tough enough for impecunious writers without having to carry the burden of sloppy, inattentive editing and uncaring publishers.

**Details of book and author withheld to protect the innocent but could be revealed with a bit of gentle persuasion.