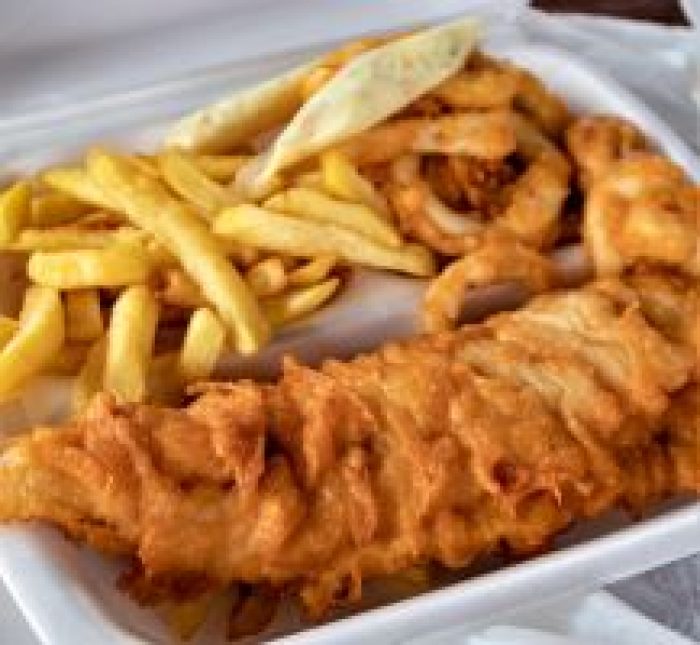 WHAT is so damned special about fish and chips?

The question has to be asked after again foolishly succumbing to the fiction that a chunk of lukewarm battered cod and a heap of pale limp would-be chips is the food of the gods. An endlessly desirable feast for a nation. A national treasure even.

Allegedly the very thing needed yesterday when worn and weary from intense activity and a tiring journey home; having to cope  with scant resources in cupboards or fridge, and with no desire or energy to cook for myself.

Hence one more ill-advised and foolhardy sortie was rashly made to the local chippy. When will I ever learn? Not this time, as the outcome proved.

To me, it is an endless conundrum. A source of long time befuddlement. The package I was handed, wrapped in three layers of clean white paper and a sheet of grease-proof, was none of the anticipated things. Not by many a nautical mile.

Instead, it once more transpired as a full frontal  assault on the body’s inner workings. Plus an attack on the tastebuds. Overall, tasteless and indigestible.

As usual, it was congealing faster than quick dry paint. Far from being the family treat it is regarded as by so many; a con trick played by parents on kids refusing to follow the five-a-day route to good health.

It is a triumph of appearance over content, luring the punters with the golden glow of its crisp and crunchy outer shell and the lightly tanned pile of fried potato slices alongside.

As a voracious reader, I long ago learned the truth of the all-purpose axiom to, Never judge a book by its cover. Excellent advice which also needs to be heeded by all who venture inside a chippy.  Nowhere are looks more deceptive than here.

“Eat me,” silently scream the neat array of fillets cooling off in the hotbox above the deep fryer. So hard to resist their pleas. And how hard it is to ignore those mounds of tanned spud slices shovelled out into polystyrene containers to keep them company.

But it’s all a mirage.

Despite all the claims made in slogans and signage, the basic ingredient is far from “fresh”.  More often than not, it is frozen, has probably travelled far from where first caught and now has to be thawed and revived like some Arctic traveller before being plunged into a vat of hot fat.

The batter that cloaks it is a two-faced fraud; all crisp and crunchy on the outside but a glutinous, soggy, indigestible gloop beneath.

As for with the chips – delivered ready cut by the truckload, wrapped in heavy duty plastic sacks and kept in the cool room until their time has come. Rarely served crisp and well browned but limp and pale as a Brit deprived of Spanish sunshine.

None of which is helped by the average chippy being so depressingly gloomy; a place where customers and staff compete to display the saddest and most unsmiling face.

Overall, a total culinary disaster and a far cry from the triple cooked chips that grace many a  plate in restaurants where  true chefs serve them as a matter of course (pun not intended).

Little wonder that the UK continually achieves gold medal standard in the obesity stakes. And its paunch-laden citizens waddle rather than walk.

And it is only going to get worse so long as the Brits show unquestioning blind loyalty to this culinary tragedy in its deceptively pristine white wrapping.

Let them eat cake, Marie Antoinette was erroneously reported as saying to the downtrodden French. Which, in a British context,  could be translated as  let them suffer the inadequacies of a fish dinner, their misguided allegiance will serve them right.