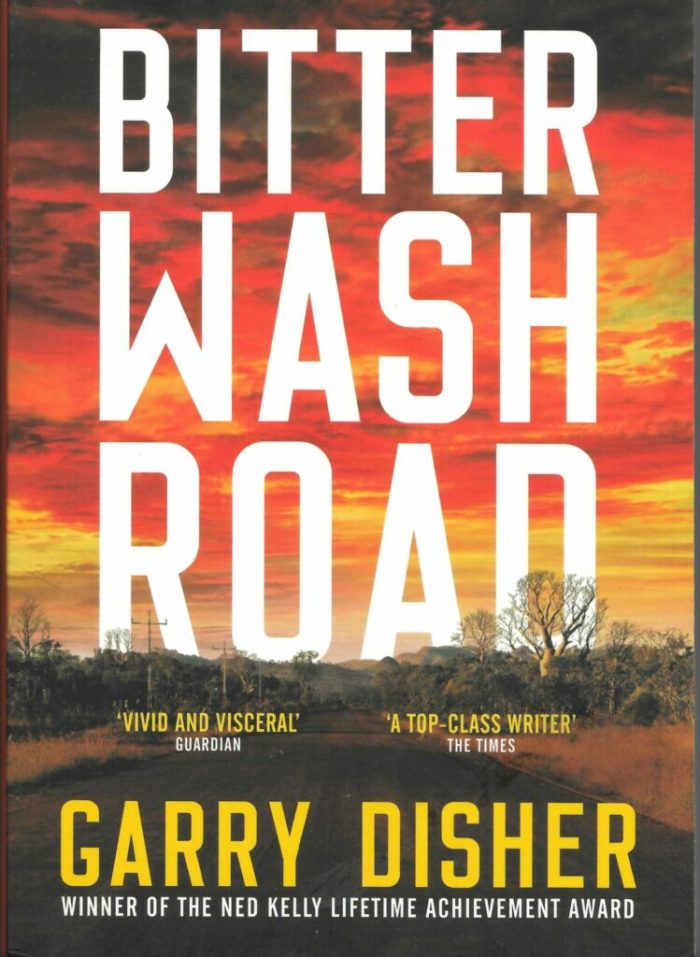 Garry dishes up Outback crime to rival the best

I HAVE been renewing acquaintance with an old friend. As always, it was a rewarding and compelling page-turning experience.

It was also thought provoking, making me wonder yet again why so few Australian crime writers make it on to the international stage.

Rather than becoming household names they are too often relegated to being the hard-working lasses and lads in the backrooms.

They are crime fiction’s equivalent of the supporting cast in Upstairs, Downstairs or Downton Abbey. Relegated to  the back rooms; the maids, cooks, grooms, servants, pot-washers, bed-makers and skivvies toiling away, unseen and disregarded by their alleged betters.

It’s inexplicable. So many of them, certainly the majority, produce work equal to most of what fills bookshop shelves here in the UK and doubtless even more so (no proof but definitely a sure bet) in the dear old US of A.

A front-runner among them is long-time crime writer Garry Disher, author of many more than the two books reviewed here and a much respected tutor of the fiction writing craft.

Few can rival Disher’s ability to portray the vast alien Outback in all its variety and moods – the good, the bad and the downright evil, descriptions that apply equally to the forbidding landscape and the few who live and work there by choice or circumstance.

Succinct, precise and with never a wasted or superfluous word, his prose immerses readers in a world little known or experienced, even to most Australians. All is immensely credible; the harshness of existence beyond the smugly cosy cities and their suburbs.

This pair of recent tales introduces us to a new character, cast in much the same mold as Disher’s previous flawed leading men but one determined to stay on the right side of the law he represents.

Not that he finds this an easy road to travel.

When we first meet him, former detective Paul Hirschhausen – Hirsch for short – has been downgraded to plain constable after falling  foul of his big city superiors and former colleagues. Helping to expose their less than legal extra-curricular activities has not gone down well with the dregs that still remain to infest the force.

Hirsch is the rat that squealed; sidelined, friendless and not knowing who, if anyone, he can trust. Which is how he has ended up policing hundreds of miles of  unforgiving dust bowl country edging South Australia’s Flinders Ranges. Heatwaves in summer; floods in winter and not much relief in between. Driving hundreds of miles along rutted unsealed roads to deal with even the most minor incidents.

His base is Tiverton, a struggling community that hardly deserves being called a town, even if it does have a supermarket, town hall and a couple of pubs. It is the focal point for a rich assortment of determinedly resilient characters. Individuals who spring to life on the page.  Sparingly drawn and not a cliche among them.

Stress levels are high. Rivalries fester. Old scores simmer while waiting to be settled. Rumours run rampant. And when one of the wayward local teens is left for dead it’s far more than a lone cop should have to handle.

The mateship that is allegedly the solid foundation of Outback life seems to be in short supply. Petty squabbles and festering feuds provide Hirsch with little time to resolve his own problems and unmask colleagues determined to bring him down.

Even more precarious is the slow-burning romance with the local schoolteacher, a relationship full of good intentions on both sides that battles to avoid numerous pitfalls and setbacks.

Dialogue is brittle sharp and rich with laconic humour and observations.  Disher captures a mood or a character in a few terse and vivid sentences; lesser writers would require an entire chapter.

And there is a third Hirsch tale due on the shelves any moment now.

Previous
Confused by sleuths of crime-ridden south coast
Next
Five Strikes and out; too much of a bad thing