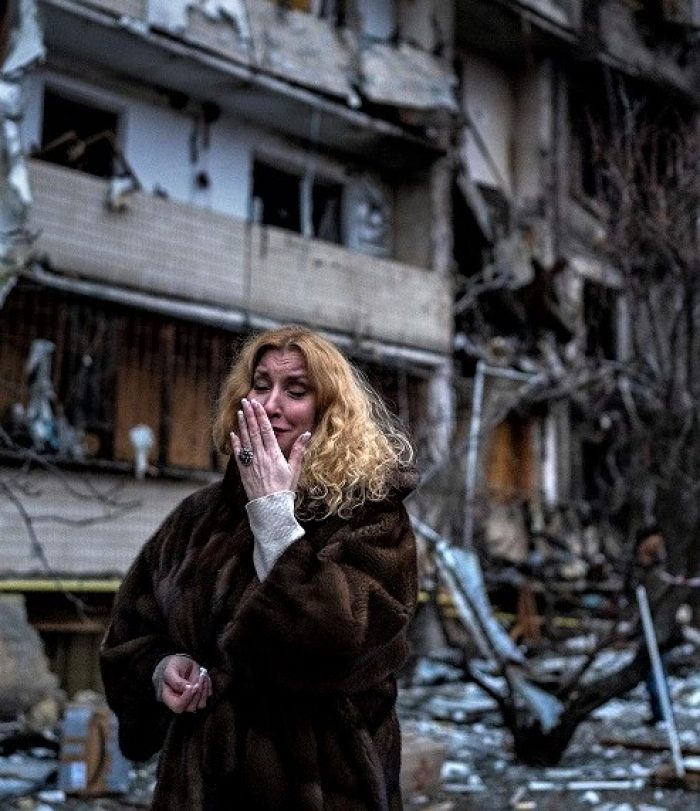 Haunted by words as tyrant repeats horrors of the past

THE mind refuses to stop. It seems to be in permanent overdrive. Refusing to shut down.  Unresponsive to any attempt at braking, or changing direction. And it is getting worse, more insistent, taking a tighter hold and blocking any alternative thoughts or distractions. Endlessly dwelling on Russia’s brutal and horror-filled assault on Ukraine.

A key phrase hammers away in my head – September 1939.

Almost a lifetime away. Pre-history for the millennials. And perhaps for many  from slightly less  recent generations one that has scant or merely vague meaning.

Yet for thousands upon thousands of us of older vintage it remains indelibly and fearsomely bright. Too bright.

And the similarities between now and then are far too close for comfort.

A peaceful middle European country was invaded almost without warning – and certainly with no valid reason. Ring any bells?

It was a brutal and horror-filled assault on an entire nation and rapidly wreaked death and destruction. Sound familiar?

All committed on the orders of one power-crazed, possibly psychopathic individual. Another resounding echo?

The only difference is that within two days of the launch of the invasion on September 1, 1939, Britain and France had declared war on the invader. Other allies eventually joined them.

And so World War II had begun.

So far, restraint (lessons learnt?) has ensured no such escalation has occurred. Even though it means the global community, apart from the aggressor’s few cronies, have become spectators on the sidelines of this horror show.  Providing all manner of support while stopping short of full-scale armed response.

But how long can this situation continue? Watching daily newscasts of peaceable, innocent people having their lives obliterated, families destroyed. Children maimed and killed for no justifiable reason. Whole communities wiped from the map. Hospitals reduced to rubble.

No peaceful. even marginally acceptable, end is in sight.

Yet how many outside the senior citizen category are hearing it, understanding it, getting the message, aware of the implications?

Our dwindling numbers have no wish to live through such times again, especially with modern weaponry being far deadlier, brutal and destructive than in the 1940s.

Yet humanity seems incapable of living in the peace it claims to crave.  Seems all too willing to support and sustain despots, tyrants and psychopaths.

Do we never learn from mistakes of the past?