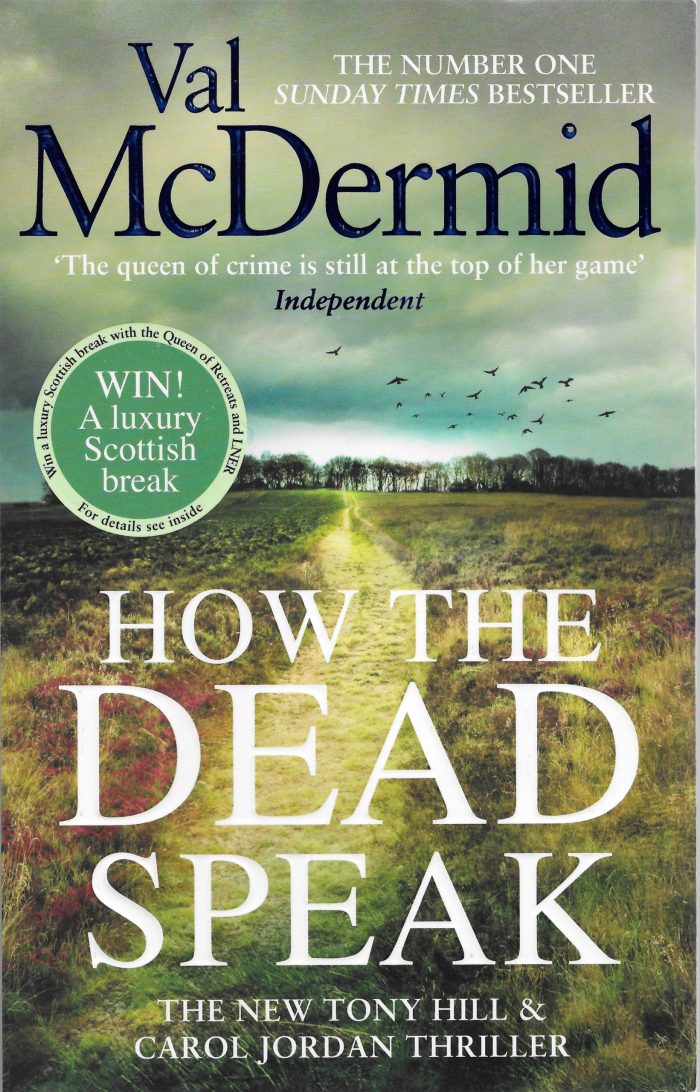 IN these uncertain times (I write in the era of Covid-19) there is little better than delving into a book knowing that satisfaction is guaranteed.

Plot, characters and dialogue will meld into a teasingly enjoyable story of good fighting evil with at least some measure of justice being served.

The good guys will at times act roguishly, even illegally, and the evildoers will deceive with kind deeds and winning ways. Deception and duplicity play for both sides.

How The Dead Speak is (by rough reckoning) Val McDermid’s 33rd crime novel and the eleventh in the series featuring psychologist Tony Hill and detective chief inspector Carol Jordan. And her power to puzzle and thrill the reader has in no way diminished.

By now we have moved on from the shockwave ending to Insidious Intent (which is not to be revealed here).

In the intervening period, and as often happens, this star duo have made decisions that see them stepping out in new directions, physically apart but still emotionally entwined.

Inevitably, their paths cross as Carol is drawn into investigating the discovery of forty bodies in the grounds of a convent that was home to destitute, homeless and unwanted young girls and Tony’s devious mother manipulates their relationship to serve her own murderous goal.

When several separate and more recent graves – this time of young  men and teenage boys – are found in the convent vegetable garden the search for a killer intensifies. And the false trails and dead ends multiply.

Those nuns who are still alive use vows of silence, the onset of Alzeimer’s and blunt denial to shut out questions from the police. A high-flying community leader calls on his contacts and the power of money to stonewall investigations. Others resort to fear and threats to ensure silence.

And all the while Carol battles to control her drinking and post-traumatic stress disorder without calling on Tony as the one person who could help her.

Colleague Paula (following her own maverick line of investigation) and partner Elinor stand helpless on the sidelines.

As ever with McDermid, the story is much more than the crime. It is about relationships, attitudes, emotions and beliefs  well beyond the narrow confines of the Bradfield cop shop and its tight-knit ReMIT team of specialist investigators.

All are fully fleshed-out characters. The dialogue is sharp, edgy. The settings become vivid pictures in the mind’s eye.

This is crime fiction at its best.