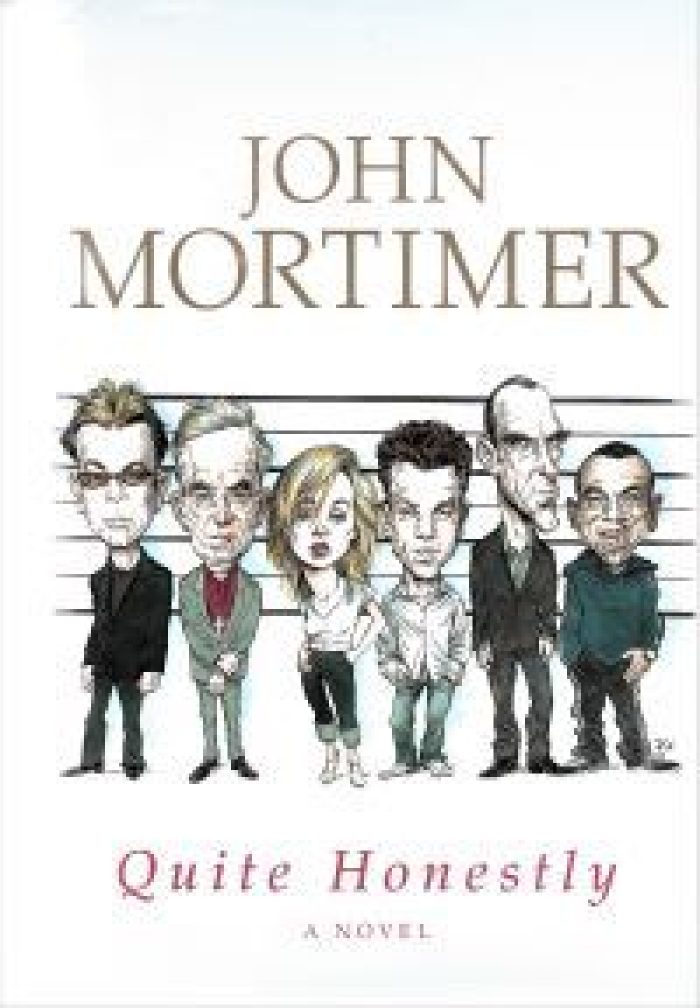 FOR those of a certain age (i.e. anyone born in the last century) one word will be sufficient to evoke fond memories of unmissable criminal court dramas.

A reminder of tantalisingly clever tales rich in humour, wry comment and a panoply of credible and almost loveable rogues.

And that word is Rumpole.

Irascible and grumpy. Denizen of the Old Bailey. Scourge of judges, fellow legal eagles and the police in almost equal measure. Pricker of the pretentious and the pompous.

Fondly regarded by London’s underworld as the go-to man when “up before the beak”, he made a career of defending the indefensible and lifting the blindfolds of Justice.

Throughout the 70s and 80s his bombastic courtroom exploits became unmissable TV entertainment with Leo McKern portraying Rumpole of the Bailey, the creation of author and playwright John Mortimer.

[Other interpretations are available but the consensus is that none did it better than McKern.]

All this, however, is but a detour back through the labyrinth of my mind. Memories recently stirred when a kind and knowing soul gifted me a Mortimer-signed copy of  Quite Honestly.

To see John Mortimer’s name on the cover was sufficient lure to delve into what is described as a comic crime novel (first published in 2005) but which, as generally occurs with Mortimer’s work, is so much more.

There is the usual very mixed cast of slightly eccentric but totally believable characters. Each is precisely drawn, easy to picture in the mind’s eye.

Most also tend to go off at a tangent when least expected; a constant trademark joy of Mortimer’s fiction.

The bishop ploughs blissfully ahead unware (or is he?) that his comments and actions are sure to raise bleats of complaint from his flock. And from his higher authority, even though he tends to ignore its existence.

He is largely supportive of graduate daughter Lucinda when she rejects a career in advertising to join the team of young women at the dubiously ramshackle Social Carers, Reformers and Praeceptors (SCRAP).

There she becomes a “guide, philosopher and friend” to criminals fresh out of prison. Her noble intent is to repay her perceived debt to society.

Which she does in an extreme and disastrous fashion. And in ways that are frequently unexpected, dangerously dramatic and generally hilarious.

In other words, the familiar Mortimer recipe for a fun-filled tale full of twists, turns and sudden surprises. One that carries the reader along on a tidal wave that surges over rocks, rips and hidden deeps before rippling gently into safer waters.

Determined to understand crime’s vocational appeal, she immerses herself in Terry’s world. Starting with petty thefts from family and friends. Enjoying the thrill, the risk of being caught, the adrenaline rush.

Then graduating to more substantial misdemeanours until she uses her newfound underworld contacts to plan the heist of a highly valuable artwork. Aided by a motley crew of dodgy “helpers”.

Horrified at her determined plunge into the dark world he is fighting to forsake, Terry does his damnedest to thwart her.

All the time he is becoming besotted with his would-be reformer. And finding his wooing returned in full measure as equally lovelorn Lucinda uses romance – and her personal pursuit of a life of crime – to erase his wicked ways.

Lucinda and Terry alternate as narrators throughout; two points of view running in parallel and but only occasionally merging.

Which (spoiler alert) continue right through to the final chapters of this hilarious, thoughtful and compassionate helter-skelter escapade.

A joy from start to finish.

Previous
Saddened by surgeon stalker’s nasty story
Next
Beware: freedom for all includes the idiots

I am not familiar with Rumpole or John Mortimer, but Quite Honestly sounds like great entertainment! It's nice with some lighter reading once in a while.

I am somewhat staggered that a professed lover of books has not heard of John Mortimer, let alone dipped into his books and plays. Not only one of Britain's most distinguished authors and playwrights but also, as a barrister, a determined fighter for many major social causes with a big impact on British society and writing. To categorise his work as "light reading" is an unjustifiable snub, hinting at that air of superiority that believes only "serious" (often unintelligible) writing is worthy of consideration. Back down the centuries hundreds of famed "classic" British writers have produced "lighter reading" intended solely to entertain. Give Rumpole a go - there is no sharper observer of the human condition in all its many forms.