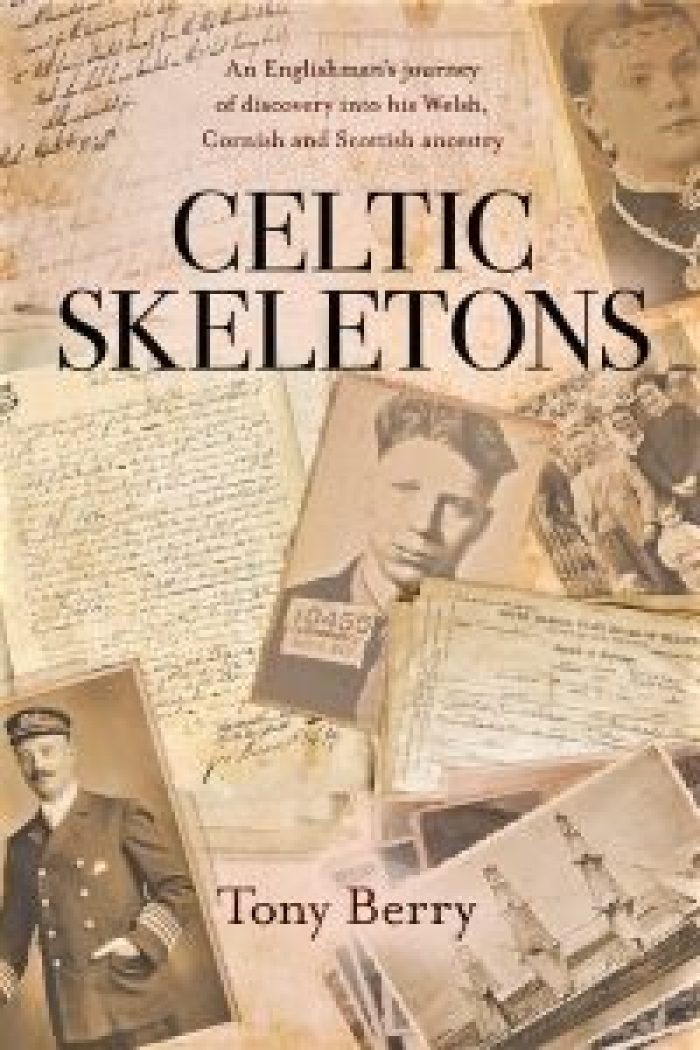 Shock to find you’re not who you think you are

SHOCKS galore can await those delving into their family history; a fact frequently demonstrated by the fascinating TV series Who Do You Think You Are?

The constant theme is that of surprise. The program has a well established record in shattering strongly held beliefs in one’s lineage.

Much that was firmly thought to have happened so often turns out to be somewhat different from the way elderly relatives claimed it to be.

As for those long gone ancestors, the program regularly proves anecdotal evidence is just that: great-great-uncle Sebastian did not, after all, play a hero’s role in some faraway war in a country that no longer exists.

Nor was 3x great-grandmother the anonymous artist who created the original designs that brought lasting fame and household name status to a renowned range of fabrics.  Merely the seamstress who did the designer’s bidding

Sometimes the program does the direct opposite: distant kinfolk believed to have been simple agricultural workers are elevated into prosperous landowners and members of the gentry.

But be ready for further surprises as the diligent WDYTYA? team complete the story by revealing that later offspring, with their reckless ventures,  brought those old rellies back down the social scale.

Either way, those familiar mates, Shock and Awe, are never far away.  The more you dig, the more the surprises increase.

Oral histories can be valuable source material for family historians, but they do have a tendency to lead to unreliable memoirs. Tales resurrected at family reunions need to be taken with a hefty pinch of salt.

Thus, as in the pernickety art world, provenance is everything. Foraging for documentation is very much part of the game.

Official censuses and certificates of  births, marriages and deaths are only the beginning. Further substance is found in newspaper reports, court records and those often musty and dog-eared workhouse registers.

All are valuable grist to a family historian’s mill.

Then there are the graveyards and cemeteries. Such happy hunting grounds. And often in the most delightful, scenic and – obviously – peaceful settings.

A bit of scraping away the moss or brushing aside weeds and overgrown grass might be needed.

The reward is to find the final resting place of hitherto unknown ancestors. And often also details of their birth as well as those of their spouse and children. Valuable data found in often quite spectacularly scenic surroundings.

One of the regular hints sent from Ancestry’s vast repository had earlier alerted me to a possible link to a person not previously on my radar. A family name that had not appeared on my tree.

A bit of much-needed updating followed.

And then came the surprise, the shock of discovery: I was able to draw a direct line across the generations. A Cornish connection, straight and true!

These were not, as often happens, distant third cousins or “the wife of the brother-in-law of your grand-aunt’s husband”. People to be noted then confined to the  “shoebox” – an Ancestry term for the filing of rejects.

No, this was a continuous link back through the centuries. One that has taken me as far back as my 6th times great-grandparents. Into the mid-seventeenth century.

And it is Cornish all the way through. No deviations into “foreign” parts such as neighbouring Devon, or flitting off to seek their fortunes with others of  the Cornish diaspora settling in distant lands.

But further validation was needed.

And thus it was that I spent a recent wintry and stormy day exploring the  graveyard wrapped around the 13th century (or even earlier) church of St Ildierna.

It perches on a hillside above Talland Bay and the hamlet of Lansallos, a few miles along narrow, twisting roads from the old Cornish port of Fowey.

The roots of this “new” line of ancestors are firmly embedded around Talland Bay, mostly as farmers and mariners.

I now stood among them with a gale frothing the sea on the rocks below and frequent downpours soaking the already sodden ground.

Weather-worn headstones in varying states of legibility verified my ancestors’  existence. And gave substance to my once merely tentative claim of Cornish ancestry.

Thanks to earlier research (and more churchyard fossicking) this is now entwined with other Celtic influences from Pembrokeshire in the far west of Wales, home of several generations of direct ancestors.

All of which runs counter to childhood assurances that I was a Man of Kent (rather than a Kentish Man) with never a whisper of Celtic blood.

Further proof that family history can be a shocking business: full of surprises that can delight or dismay.

*Celtic Skeletons by Tony Berry is available through Amazon and Waterstones