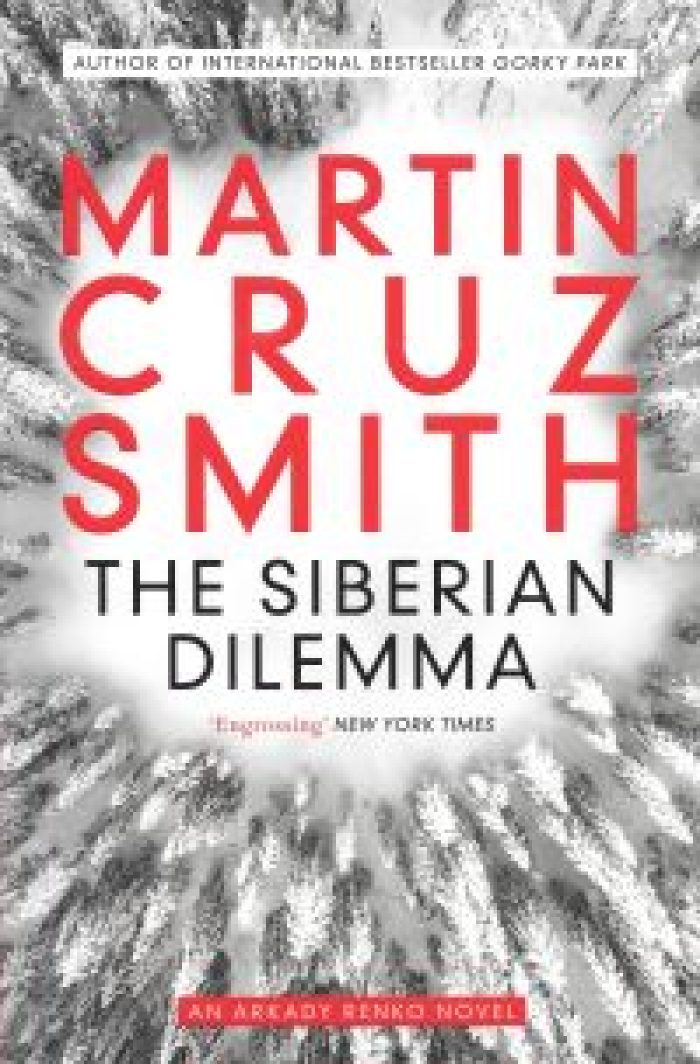 IT has been a while – far too long, in fact – since I was last in the moody company of Arkady Renko, the rebellious investigator who is a perennial thorn in the side of Moscow prosecutor, the devious Zurin.

Back then, in 1981, Arkady’s creator, Martin Cruz Smith, was announcing his arrival on the crime-writing scene with the gripping Gorky Park.

Smith achieved instant success; the book quickly became a well-deserved bestseller. And, as its main protagonist, Arkady Renko joined the worldwide ranks of crime fighters who never let the bad guys win. Even in Russia.

In those days the titular massive open space at the heart of Moscow was a dangerous and threatening place and thus a fitting scene for a thriller featuring brutal law enforcers, black marketeers, cutthroats and faceless corpses.

Much has changed. Entry to the park is now free. The biker gangs, killers, thieves and menacing drunks have been mostly banished to become someone else’s problem.

Fountains, rose gardens, lawns  and healthy fresh food outlets have replaced gaudy fairgrounds and cheap takeaways. And when Arkady meets his contacts they gather in a bright modern art gallery and cultural centre built where military parades once marched.

There is even a beach created between the park and the Moskva River that forms one of the boundaries.

What remains unchanged are the intrigue, manipulation, duplicity and violence of those earlier days. They continue to thrive. But elsewhere.

Not so openly, perhaps, but as threatening and as dangerous as ever. Perhaps even more so for being conducted behind closed doors; the plotting and treachery done with false smiles and firm handshakes wherever the power-brokers gather.

The untouchables and ultra rich gather in elegant settings, their bands of vigilant bodyguards always two quick steps away.  A click of the fingers over caviar canapes and champagne enough to have an opponent vanish, permanently.

One such is the powerful Boris Benz, a thug made billionaire “by despoiling the arctic wilderness to drill for oil”.

It is Benz that Arkady’s occasional girlfriend, financial journalist Tatiana Petronova, has travelled to Siberia to interview – and disappeared.

Conveniently for Arkady, prosecutor Zorin is coercing him to take a needless and diversionary trip to the deeply frozen north to catch, prosecute and confine an alleged murderer.

With Tatiana seemingly in danger, Arkady yields to Zorin’s pressure, knowing full well it is a trumped up charge to gain revenge for some personal slight.

And once he lands in Irkutsk the almost gentle narrative pace of the first (very short) chapters is cranked steadily upwards. Oligarch versus oligarch,  police against police, official sidelining official and with Tatiana being shuffled between all the disputing parties; sometimes of her own volition but mostly yielding to discreet but forceful pressures.

She must not be allowed to write the revelatory features that are her reasons for being in Siberia. Expose an oligarch at your peril, is the ever-present message.

Her  mission – with Arkady in hot pursuit – takes her to the oilfields around Lake Baikal, the world’s deepest lake that is so frozen that helicopters can land there.

It is also the region of shamans and bears, both to be greatly feared by all who enter their territory.

What earlier seemed routine and almost risk-free rapidly turns into a fight for survival. A nail-biter of a struggle against heavily armed corporate power allied to the fearsome coupling of  supernatural forces and brutish animal strength.

Plus the ever-present physical and mental havoc wreaked by the unimaginable cold of a Siberian winter.

It is compelling, no-holds-barred action, hurtling along, twisting and turning throughout every page.

Better by far than many a wham-bam full-on action tale. Plus beautiful descriptive prose and that lovely snappy and sardonic Arkady humour.