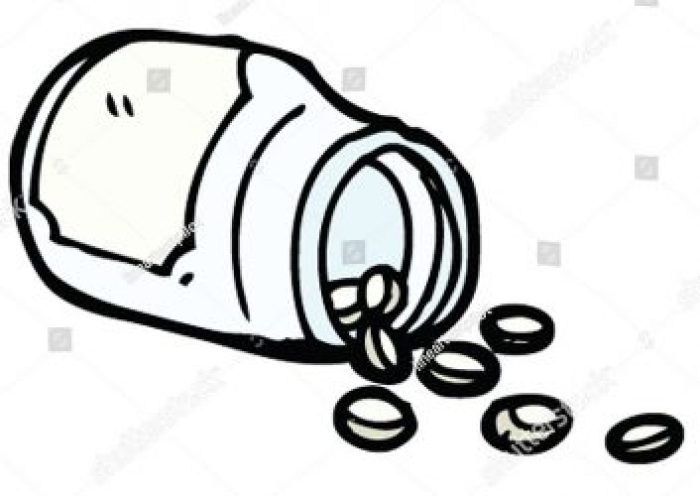 Thanks doc, but next time I’ll treat myself

THERE is no denying it; the cure can be worse than the affliction.

The treatment recommended, whether by professionals or fringe-dwelling lifestyle “experts”, can sometimes create more agony than the existing condition.

So says one who is enjoying their first pain-free day for some while; one who has at last emerged from the inhibiting effects of months of continual fatigue.

Mental and physical energy have returned to almost normal levels. Sitting slumped in an armchair, staring unseeing at the crossword, has been replaced by a brisk three-mile walk. And by general activity that has recently been such a draining drag.

Also, the brain has woken from its slumber sufficient to solve all those downs and acrosses that on previous days would have taken an Enigma machine to resolve.

This happy turn of events is largely down to self-medication; or, rather, self non-medication. To rejecting the advice and pills prescribed by GPs and their associates. After all, they clearly didn’t want to be bothered by such a run-of-the-mill complaint as an angry ankle.

Almost from the first whiff of Covid-19, the nation’s surgeries have become daunting no-go areas, strictly off-limits to all but the most persistent of would-be patients.

Want an appointment? Sure, get in the queue when the phone lines open at 8am. Wait five minutes while you listen to all the directions, warnings, options and alternatives.

Then, “Good morning, we’ll be with you soon; you are thirtieth in the queue. We thank you for your patience.”

(But not for your patients, obviously).

And so it goes. And goes, and goes. Eventually, and it was a very long eventually, reluctant access was granted. Of a sort. A link was emailed to which I could reply by attaching a selfie of the agony-causing injured body part.

As the nightly sleep-preventing pain emanated from within the ankle rather than being visible externally, one could only hope the GP had X-ray eyes to reach his diagnosis (emailed) of an ulcer to be treated by pills. Plus a future appointment (by phone of course) with a physio.

The pain increased and so did my sleep – deeper, longer and disturbingly dreamier. Nightmarish even. Knockout drops.

More phone calls, waiting online, pleading, demanding, refusing to go away. And at long last, a face-to-face appointment. Not with my GP but with a sub fresh off the bench.

Someone who actually took a look, felt around, probed and pressed.  What GPs used to do in the dim and distant past.

The date with the physio was brought forward, an X-ray ordered four weeks hence, padded dressings prescribed and “keep taking the pills”.

The physio suggested a new mattress (!?), the dressing made no discernible difference  and the pills ensured the deep sleep, nightmares and daylong drowsiness continued.

Fast forward several painful weeks. The X-ray showed nothing of concern, all else remained the same.

More in frustration than enlightenment I read the leaflet accompanying the pills. It revealed their main purpose was to treat depression. What? For a painful ankle? Anger, maybe, at all the fiddle-faddle of the previous months, but not depression.

There was a scarily long list of possible side effects. Very common: sleepiness, constipation, nausea. Common: confusion, fatigue, thirst, disturbed coordination, numbness in the legs. All of which I had been experiencing to varying levels.

There were the warnings and precautions, about heart rhythms, suicidal thoughts, depression, mania. So cheerful, so uplifting when seeking relief from an angry ankle. Just the cure I was looking for.

So the decision was made: it was time to ditch the doc (but not the mattress).

The pills went in the bin; the padded dressings remain in their boxes. No more time wasted in calls to GPs in Covid-induced hibernation.

“If pain persists …” there’s always a Panadol and arnica.

Life is so much better.

Thanks Doc, but no thanks.  We’ll wait until normal service resumes, if ever.