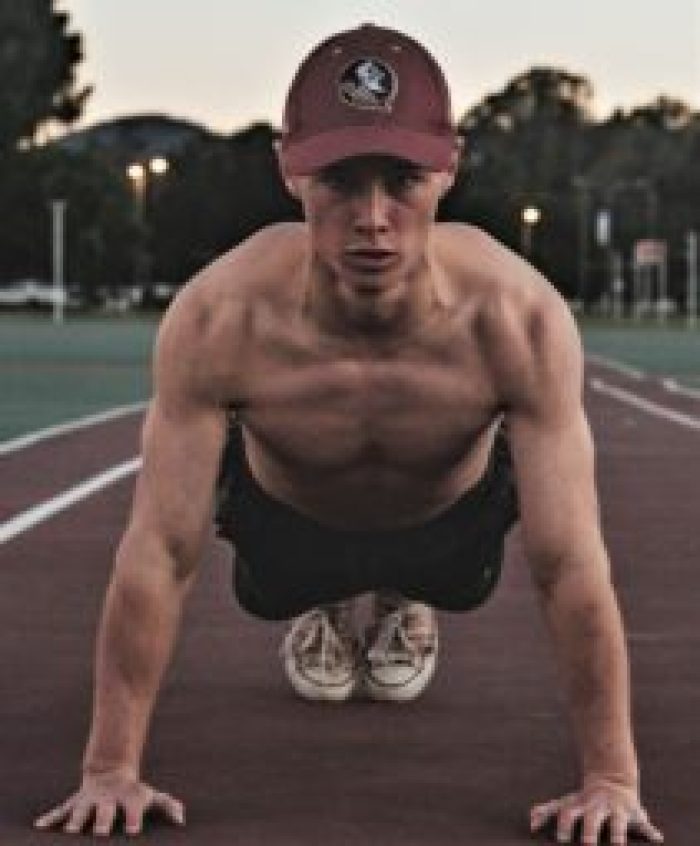 The daily struggle: depression or pushups

MOSTLY  I tend to ignore the endless flood of social media challenges nominating me to participate in the latest “Ten of …” lists.

My main reason is an abiding suspicion of all posts that come without an identifiable source.

Their origins are hidden deep beyond the “friend” who is suggesting I spend ten days naming my favourite books, films, meals, destinations or whatever.

Who creates these supposedly fun diversions for bored minds? Where do they originate?

They are on a par, and probably just as dangerous in terms of online security, with the many anonymous posts that insist you do not share, but copy and paste. These, too, hide the original source while shifting responsibility on to the person who now posts it.

Devious, sinister and suspicious. To be avoided. And, anyway, where’s the challenge (or even the point) in trotting out your ten most memorable films, or books, or songs other than to showcase one’s cultural tastes?

But there are always exceptions. Which is why I found myself committed to performing 25 pushups for 25 consecutive days. The decision to indulge in this daily arm-bending exercise fell into the category of  “it sounded like a good idea at the time”.

It was, as the invitee stated, a challenge; but one that for once might just fall into the category of the achievable rather than being excessively ridiculous for a mere and ageing mortal.

At least it had the merit of being been dressed up as having a serious purpose. It was presented as a way to  raise awareness of anxiety, PTSD, depression and suicide, all of which have become major concerns in today’s stressed-out world.  This seemed a good enough reason to spend a few pre-dinner minutes sweating up an appetite rather than indulging in the wine o’clock imbibing that is now routine for an alarming number of households.

Admittedly, it began as a bit of a laugh. As one with matchsticks where others have arms, this was not high on my schedule of regular exercises.  Twelve repetitions would be about my limit.

Thus I was surprised to complete the  required twenty-five at first attempt. Perhaps not bending the arms to the extent of the true fitness freaks; and puffing and wheezing for the final five or so.

But the commitment was out there in the public domain, in the Facebook arena of social judgement. And no one wants to appear a quitter.  So there was nothing for it but to push on, literally.

And that’s when it got serious; became a real challenge, and one that was unexpectedly thought provoking.

As I daily grimaced at the loungeroom floor (every speck of dirt and dust so alarmingly visible) I began thinking about the underlying message. It was either that or become too aware of aching arms and shoulders.

Question: Was this happy band of  countless pusher uppers achieving anything beyond firmer muscles, a healthy glow and smug satisfaction? Answer: By posting daily videos of our efforts I decided we were at least displaying determination to push on rather than give up. There was a clear will to complete each session. Did it in any way raise awareness or inspire those for who the message was intended? Who can tell?

Question: If we scored a hit with  the videos of our efforts, did that provoke further thought or action? Answer: Again, who knows? But even if only one person paused to think about what they were watching, it was mission accomplished.

On show (in all manner of garish, often amusing and sometimes questionable gear) were people who had been set a goal and were pushing on to its completion, regardless of how they looked or felt.

They had been challenged and were not going to be beaten. And not simply indulge in a one-off show of bravado, but day after day for the best part of a month. The message: this is commitment, essential to overcoming so much that ails us. Geddit?

Question: With so many of the pushers brimming with life and vitality were we in danger of further depressing rather than encouraging our target audience? We they too fit for purpose? Answer: Possibly,  but if only one person down in the dumps decides “I can do that and I will do that” it would have been worthwhile.

And who knows how my fellow participants around the globe are themselves feeling? Maybe they, too, are secretly grappling with the black dog, afraid of letting on to those around them; desperate to blow away the blues and doing their twenty-five pushups as a brief escape from despair.

Much has been done to bring depression out into the open; arousing sufficient awareness of it as disease to win numerous respected and high-profile supporters. Their relentless efforts have dragged it to the forefront of  public attention.

It has at last become okay to say “I feel depressed” without everyone treating you as some whinging misery guts no one wants to be around.

Comments such as “Get over it”, “Cheer up” or the really unhelpful “Here, have a drink” are gradually being replaced by “How can we help?” and “Let’s talk”.

As the tagline to the displays of pushup efforts noted, “We are here, reach out, you’re not weak to speak,  I’m here if you need me.”

Who knows what dark thoughts the cheery girl or guy you’re chatting to is harbouring deep down? Despair can be swimming around at almost unfathomable depths before it suddenly surges to the surface.

Unbidden, just like all these other thoughts emerging from grunting through twenty-five bends of the elbows.

In other words, if you’re down, fight back; find a challenge (anything, it doesn’t have to be physical), set a goal, create a routine, stick to it.

Not “maybe”, “sometime” or “tomorrow”. But NOW. No excuses; too much is at stake.

Above all, if life’s all too much, start talking. Find a listener (not easy in times of distancing, isolation and bubbles). Discard the past and build a future.

Don’t feel inspired, but BE inspired. As Nike says, just do it.

Disclaimer: the picture above bears no physical resemblance whatsoever to the writer of this blog. Mere wishful thinking.

Previous
Patients need patience: the doctor will (not) see you now
Next
Pedal power: what a difference a [day] bike makes