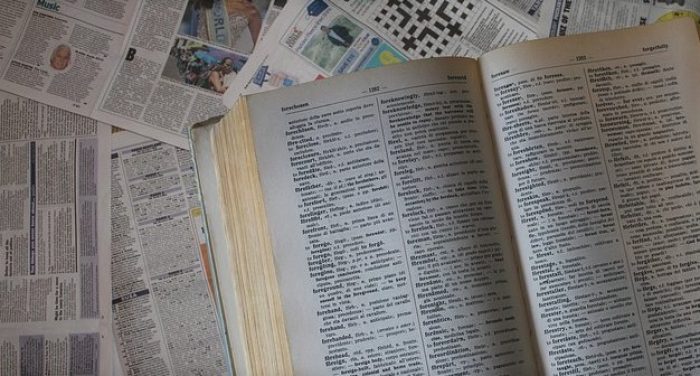 When a virus spreads, the dictionary swells

It was only a few days ago that I suggested  many of the words and phrases that have already become lingua franca during the recent global crisis were sure to be well in the running for selection as Word(s) of the Year.

Since then we have heard (imagined)  cries of “stop the presses” as the highly respected Oxford English Dictionary (OED) broke into its normal schedule and prepared to rush out an extra print run to acknowledge the pervasive presence of Covid-19 related neologisms.

In the words of OED management, this is significant update; a statement that leaves no doubt about the perceived impact on our vocabulary, which is expanding almost as fast as the contagion behind this unprecedented move.

The usual publication cycle is to produce a quarterly update. But so sudden and prevalent are the new words created to cope with coronavirus that dictionaries are racing to keep up.

Thus does language develop and expand.

Self-isolation is a phrase already in widespread daily use and could well have a life after Covid-19. A substitute perhaps for the wishy-washy “me time” of the snowflake generation.

Likewise with social distancing, a useful catch-all phrase for those who wish to do a Garbo. When normal life resumes it could become a more formal and even elegant alternative to the ubiquitous “f— off”.

No doubt Weight Watchers, Joe Wicks and all the others determinedly offering ways and means of combatting spreading weightlines created by incarceration will welcome flattening the curve as the imperative behind all their urging to diet and exercise.

As for coronavirus itself, it has become so dominant that by March its use had soared to four times that achieved by  Brexit – and think how tiresomely exhausting that became.

This continual process of updating and expanding the lexicon will be welcomed by those who trumpet that English is a virbantly living language. It is music to the ears of those who deride the language police and those pedants who fight to preserve long-standing usage and meaning.

But there is something to be said for understanding the words we are already blessed with, rather than mangling their meaning and riding roughshod through such a rich linguistic heritage.

After all, words are there  for clarity of expression and to eliminate misunderstanding. Something that is sadly missing from  much of today’s attempts at communication between supposedly educated and literate people.

Why invent new words when those that have long served us so well are being so sorely abused?

Previous
Interior design – good to look at, not to use
Next
Self-isolation: it’s situation normal for loners and introverts