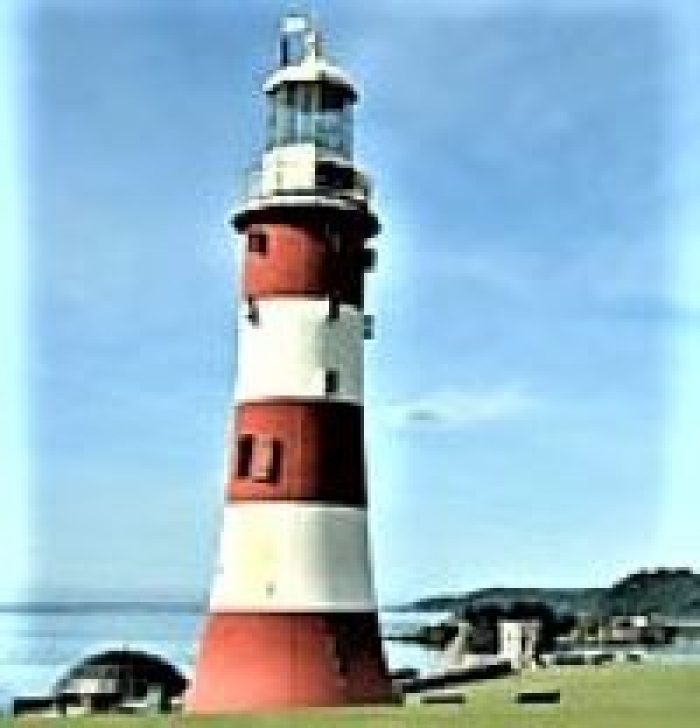 AS far back as I can discover, the patriarchal side of my Celtic family has always had close links to the sea. It has brought them employment, skills and opportunities. But also uncertainty, hardship and sudden death, in peace as well as in war.

They include shipwrights, blacksmiths, mariners, tidewaiters, missionaries, lighthouse keepers, fishermen, Customs officers, gunners, stokers and deckhands. Their homes have rarely been more than a brisk walk from the shipyards, docks, wharves and moorings where they worked.

Even those who broke the mold and pursued other trades did so in places washed by oceans and rivers. And from such photos as I have been able to source from the past, it seems their leisure hours were also spent by the sea rather than in the country.

My own life – although professionally devoid of maritime connections – has mirrored those of my ancestors, living always within sound and smell of the water. Sailing, kayaking and swimming high on my list of activities when younger.

To say one has the sea in their blood may sound cliched. But when pushing through the foliage of our family tree it is something hard to deny about the male line. Not even those who made careers seemingly unconnected with the sea could escape its influence on their lives.

No better, nor more tragic, example of this was great-great-grandfather Hugh Brown. He and his family lived in Oreston, an ancient boating community abutting Plymouth. It nestles so close to the border with Cornwall that High’s inclusion among my Celtic kinfolk needs little justification.

Added to which Plymouth is among the most solid of seafaring cities. Its maritime history goes back way beyond the days of Drake, the Armada, Sir Walter Raleigh and the Pilgrim Fathers.

It is also where my shipwright Welsh grandfather, raised and trained on the shores of Milford Haven, continued his trade and where my father was born within a rivet’s echo of the naval dockyards.

Perhaps Hugh should have seen all these connections as an omen, a reminder that, for better or for worse, many of my family’s menfolk are inevitably embroiled with the sea.

Although he worked as a stonemason, that provided no escape from the sea. After all, it was his fellow Oreston artisans who helped build the first lighthouse to be erected on the treacherous Eddystone Rock, ten miles off the Cornish coast.

And it was to this dangerous outcrop that Hugh was sent in August 1839, some fifty years before my Welsh cousin, Charles Nicholas, tended the lights off that same Cornish coast at Wolf Rock and the Lizard and married into a Cornish family.

Although the Eddystone rocks are officially in Devon they form part of a treacherous reef located nine statute miles (14 km) south of the Cornish coast at Rame Head, part of the South West Coastal Path and a Heritage Park on its own right.

Celtic warriors built a rampart across the headland to defend it from possible attack. Medieval monks kept a light burning there to warn sailors of the rocks.

Before the first light was built in 1698 the Eddystone reef was an ever-present danger to shipping, especially to vessels making for Plymouth. As many as fifty ships a year were wrecked and numerous lives lost.

The original tower was the first lighthouse built on a small rock in the open sea. It was the work of eccentric showman Henry Winstanley who had blessed Londoners with Winstanley’s Waterworks near Hyde Park. For decades it was one of London’s foremost popular attractions.

The lighthouse lasted only until 1703 when it was obliterated by a huge storm that took Winstanley and five of his workers with it. A replacement survived but when this wooden structure was destroyed by fire in 1755 Yorkshireman John Smeaton decided to construct a stone tower based on the shape of an English oak tree to give it strength.

He engaged a workforce of the toughest labourers, many of them former Cornish tin miners. With press ganging rife at the time, the workers were declared exempt from being kidnapped into naval service.

Trinity House arranged with the Admiralty to have a medal struck for each labourer to prove they were working on the lighthouse. It also based its operations at Oreston, source of stone for the lighthouse and of skilled stonemasons such as Hugh.

Government engineers who inspected the reef after a bout of severe storms found no structural damage to the lighthouse. However, a gap that had opened up in the rocks near the landing stage needed to be filled in.

This was the task facing Hugh and three workmates on that Thursday morning. It was nearing midday when a wave swept in that was later described as “much larger than could have been expected from the tranquil state of the water”.

Even though he was a strong swimmer, Hugh did not stand a chance. The wave curled up and over the space in which he was working and carried him out to sea.

Life jackets, harnesses and Workplace Health and Safety did not exist. His workmates did throw a cork line to him but his heavy boots weighed him down.

As the Plymouth Journal brutally but almost poetically reported, “He soon sunk to rise no more”. He was forty-seven-years old.

Within two years she is registered in the 1841 census as a pauper, still living in Oreston with six children at home and only one, seventeen-year-old Thomas, able to bring in any money from his job as a labourer.

But Amey was a battler. She kept the family together and remained in Oreston, where she had friends and family for support. By 1851, three of the children had left home; Thomas was still working as a labourer and eighteen-year-old Hugh was following in his father’s footsteps as a local stonemason.

Youngest child William was at school and yet to join the workforce but there was added income from a stonemason lodger, widower John Lidstone.

Ten years on and the household had shrunk to three and life had much improved. Amey was now a pensioner, William was a ship’s carpenter and widower Lidstone (whose long-standing role in this domestic set-up could by now be open to conjecture) had become a blacksmith.

Amey’s pauper days were long gone. She remained a widow and by 1871 was living alone in Silver Lane, Oreston, with a servant girl Ellen Brown (no family connection) to help with her  chronic bronchitis and failing health.

It was the bronchitis and heart disease that caused her death on 3 February 1873.

Youngest son, William, my great-grandfather, left home in 1861 to marry Plymouth girl Thomasine Jane Holton. They and their nine children moved to the Medway towns in Kent, another major dockyard centre, where daughter Emma met and married my Welsh shipwright grandfather and, in 1908, gave birth to my shipwright and eventual Customs officer father.

And so the maritime connections continued into another generation, strengthened by our family’s eventual settlement in Celtic Cornwall in yet another legendary seaport.

**Forty years after Hugh Brown worked there, it was discovered that the rocks upon which the lighthouse stood were  eroding and the structure standing there today was built to replace it. Although Smeaton’s lighthouse was largely dismantled and rebuilt as a memorial on Plymouth Hoe, its foundations and a stub of the old tower remain on the Eddystone Rocks. The light may have been shaken from side to side each time a large wave hit it, but its foundations proved too strong to be dismantled. They were stronger than the rock upon which the tower was built and could not even be intentionally taken apart.

Previous
When a famous mystery writer becomes her own suspect
Next
Patients need patience: the doctor will (not) see you now

Great research Tony. Extremely interesting for me to read as I believe William & Thomasine Brown were my Great Great Grandparents. Looking forward to reading more of your work.
Best regards,
Nigel

Good to hear from another relative, albeit a distant one. You will find more info about our connection in my family tree on Ancestry and also in Celtic Skeletons https://www.amazon.co.uk/Celtic-Skeletons-Englishmans-Scottish-ancestry-ebook/dp/B07T36VX77