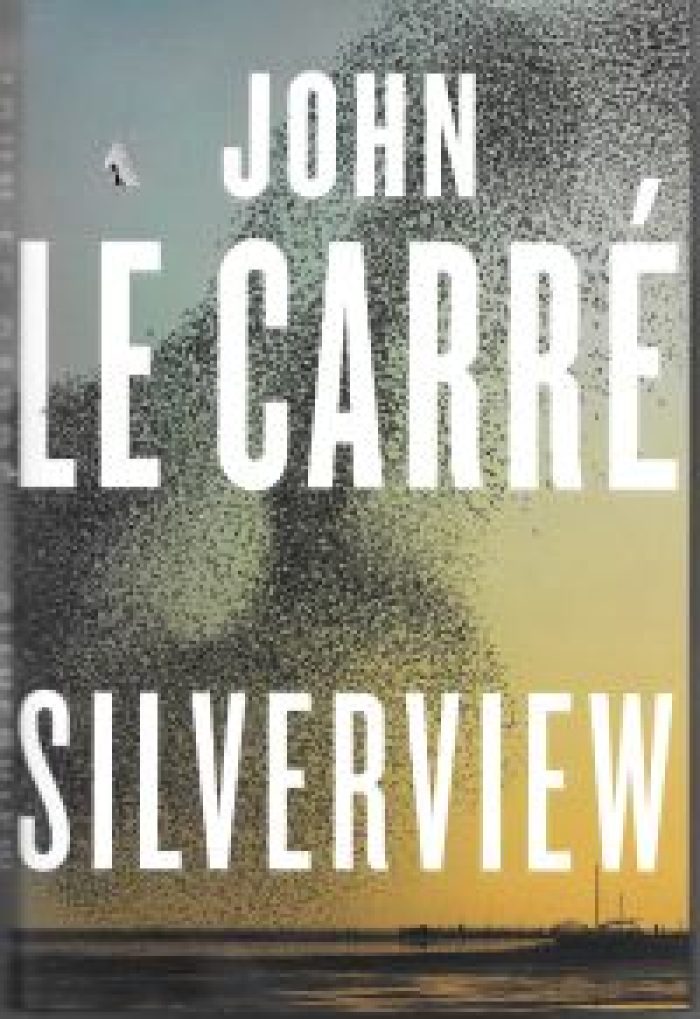 . . . and therefore time to continue an already long overdue review of recent reads with this triple treat of works from some of the best in the crime fiction business.

Go-to authors who you know will always deliver the goods. Endlessly inventive with their plotting and delightfully sardonic in their depiction of the inhabitants of the devious worlds of espionage and crime.

FIRST off and pride of place goes to the grand-master of the genre, but sadly one from whom we will hear no more: John Le Carre died in December 2020.

Fortunately he left behind one more twisting tale; his twenty-sixth novel, Silverview. This was published in the following year and, although not on the scale of his greatest works, it contains all the hallmarks that consistently set him above and apart from all others.

The initial temptation could be to place it in the category of “cosy crime”. Its setting is a quiet East Anglia seaside town and its focus is on the life and times of local bookshop owner Julian Lawndsley.

Throw in a mix of local politics, a bunch of eccentrics and the sudden arrival of a reclusive and erudite Polish emigre living in manorial splendour in “the big house” on the village outskirts and you might think this is Midsomer by the sea.

This is vintage Le Carre. The terse conversations replete with barbs and hidden meanings. The name-dropping and hinting at past events. The dubious liaisons. The sudden reveals. The shifting allegiances and the doubts cast upon loyalties.

Everything and everybody open to suspicion.

A slow-burning gripper from start to finish and a keeper for the bookshelf.

AN indelible thread of chaos runs through the world of espionage portrayed by Mick Herron in his deservedly bestselling series featuring the denizens of Slough House.

All are as damaged, uncared for and as in need of repair as the damp, draughty and broken premises that is their workplace.

And their leader, the shambolic Jackson Lamb, shows scant regard for their foibles, problems and fragile mental and physical state.

Most are rejects and discards from Britain’s espionage HQ in Regent’s Park, where razor sharp fashion plate Diana Taverner spends as much time and effort on protecting her status as head of mission as she does on guarding the nation.

Also on her radar is Lamb and his gang of misfits. Although she would never admit it, both have the same basic objectives.

Bad Actors – such an apt and accurate double-edged title – sees their two worlds collide. Meanwhile,  their real opponents, a traitorous MP and a KGB agent, play fast and loose with British security services.

Petty politics and self-interest take precedence over the main game. A familiar scenario?

It is to Herron. He is a master at interlacing the machinations of espionage with acute observations on the duplicity that underscores Britain’s political and social life (or death?)

And there is no better mouthpiece for his comments than the  acerbic and anarchic Jackson Lamb and his strangely loyal and dutiful sidekicks who will do or die for this unkempt, odious, foul-mouthed guardian of the realm.

No matter how dire the situation they somehow brush aside their disabilities, physical frailties and mental weaknesses and draw on hidden resources to defeat the enemy.

Nowhere is this more brilliantly demonstrated than when alcoholic depressive Shirley Dander breaks out of the “sanatorium” where she is being restrained by a shadowy opposition. What follows is one of the most sustained wham-bang, knock ’em down, shootouts and car chases in current crime fiction.

And also one of the most hilarious, for Herron (via his mouthpiece Lamb) is one of the wittiest in the business.

Added to which he knows how to craft a stylish phrase.

A cast of bad actors has rarely been so appealing. They fluff their lines, forget their cues, and make many an unscripted entry.

And these misdemeanours occur on all fronts; goodies and baddies and those wobbling on the fence are all liable to deceive by actions and words.

But the show must go on and it will all be sorted before the final curtain. Or will it?

Greeks and their gifts

It says much for the author of Greeks Bearing Gifts (and for the status of the crime fiction genre as whole) that he was made a fellow of the Royal Society of Literature shortly before his much lamented death in 2018.

Philip Kerr was unrivalled in his depiction of  Germany’s crime scene throughout the turbulent years before, during and after World War II.

His main man, the taciturn and amoral Bernie Gunther, survives them all. Cynical, street smart and always knowing which horse to back, he stumbles through Berlin’s underworld.

Corruption surrounds him, inside and outside the enforcement agencies he works for. Turning a blind eye when it’s the best option for self-preservation, but rarely hesitating when a quick and brutal response is required.

Kerr’s crime fiction delves deep beyond the dedicated plodding of Bernie Gunther’s daily grind. It transports the reader into a minutely observed documentary of recent (i.e. 1920s to 1950s) history and never shies away from the barbarity of Nazi Germany.

It is certainly not cosy crime but Kerr never gratuitously piles violence upon violence for its shock factor.  And Bernie is a very humane being, in thought and action, although he’d likely never admit as much.

The world he operates in is so very real. Nowhere is this more so than in Greeks Bearing Gifts. This is where crime fiction and true crime collide. The melding of one of the greatest post-war intrigues with an intricate story that is the fictional creation of a master of his craft.

The novel, the last of the thirteen in the Bernie Gunther series, was published only a few days before the author’s death.

It opens with the post-war Bernie  stumbling from one lowly-paid job to another; from one false name to another. He is dismissed as concierge in a Cap Ferrat hotel for being German, takes a night shift as a mortuary attendant in Munich and has the hard word put on him by an associate from his prewar days in Berlin.

This murky trail pushes him into employment as an insurance investigator with the renowned Munich Re company and into the clutches of the notorious Max Merten.

Merten was a Wehrmacht officer behind the extermination of Salonika’s Jews, ordering their deportations and overseeing the expropriation of all their valuables and property.

He was tried in Greece and sentenced to 25 years’ hard labour in 1959 for war crimes. Less than a month later, the Greek parliament passed a special law overnight and he was whisked away on a private jet to Germany, where he denied everything.

He reputedly left behind a hoard  of sealed chests on the seabed,  worth more than £1 billion. This has never been proved and certainly never found. A massive international diving exploration in 2000 discovered nothing.

Since then, it has dissolved into the world of mystery and myth for which Kerr – via the lugubrious risk-taking Bernie Gunther – here provides his own answers.

Which make a thrilling, tantalising and gripping read. Top drawer crime fiction that is thoroughly recommended.