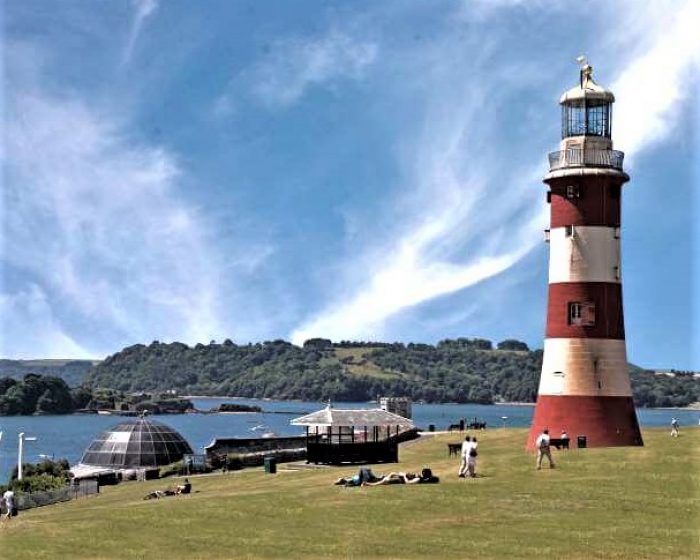 Dealing with the nitty gritty on hoes and dykes

PERHAPS this blog post should come with an advisory caution; like those that precede some of the raunchier dramas screened on post-watershed TV.

A warning about bad language or offensive dialogue. Displaying an awareness of some readers’ fragile sensibilities.  Guarding against young minds being led down sinful paths; the elderly shocked into losing a grip on their walking frames.

That said, we will plough bravely on; aware of the pitfalls ahead. Fearful of a slap over the wrist at the very least but a strong possibility of wrath and banishment at the hands of the great god Facebook .

Censorship and suspension were the immediate penalties handed down by the (anti)-social media monolith when Facebook users recently referred to Plymouth Hoe, a historic promontory looking out towards the Atlantic from the English coastal city of Plymouth.

The same location from which the Pilgrim Fathers set out to “the land of the free”. And where Sir Francis Drake allegedly finished his game of bowls before setting out to defeat the Spanish Armada.

Two events that perhaps we should not mention as they are part of history, and history is now relegated to the recycling bins of ….. er (banned concept).

As far as Facebook’s arbitrary and ruthless bots are concerned, to refer to the Hoe as the Hoe (what else do they suggest?) is to voice a misogynistic slur.

That is because in Facebook’s blinkered (i.e. dominantly American) view the Hoe is pronounced as “ho”, which to unworldly Americans is a derogatory word for a promiscuous woman, generally of low, loose and slatternly character.

The possibility is not even considered that without its initial capital it could be viewed as a gardening implement specific to Plymouth.

Its unchanged existence way back into the Middle English, old French and Germanic roots is blithely ignored. So, too, is the late appearance of the truncated “ho” in 1960s America as street talk for “whore”. A horse of a different colour that matters little to Facebook’s dogmatic decision makers.

Too often in matters of language and interpretation, US usage rules. As occurs with a beast of burden being used to describe one’s nether regions.

To date (and to its credit), Facebook has restored Plymouth Hoe to its acceptable status. Posters have had their two-day bans lifted and are no longer being castigated for “bad language”. But no doubt a black mark remains against their names.

But who knows what lies in wait for those who dare to mention another Devon town less than two hours’ drive from the Hoe and located on the county’s northern coast.

Imagine the apoplexy rampaging through Facebook HQ when its algorithms discover mentions of Westward Ho! complete with its  brazen and confronting exclamation mark.

As comments are swapped online about the delights (or otherwise) of  the Westward Ho! beaches, Silicon Valley will go into meltdown.

It has already trampled all over the renowned Sussex beauty spot known as Devil’s Dyke – a stunning 100-metre deep valley, prominent on maps, its name attached to all manner of other local features and managed by the National Trust.

All of which counts for nought with Facebook. It totally disregards the word’s historic use to mean a ditch or waterway.

It regards “dyke/dike” as offensive, although this is debatable.   Within recent memory it has already morphed from being an insulting word for lesbians, to being adopted with pride by many lesbians as a self-descriptive.

Far earlier, it came into being to describe a ditch or narrow channel irrigating farmland. [Who can forget the heroic young lad of Dutch legend who allegedly stuck his finger in the dyke to hold floodwaters at bay?]

Such research into etymological backgrounds is in short supply at Facebook. With more diligence it would have learnt that from the mid-19th century to the early 20th century, dike was American slang for a well-dressed man, with “diked out” and “out on a dike” indicating a young man was in his best clothes and ready for a night on the town.

All that matters is the distorted meanings of the moment with no acknowledgement of the millions who have yet to accept the argot of the streets of today.

Words surely have to be accepted in all their meanings, and the many shades of those meanings.

Yet Facebook, the world’s biggest platform for written communication, ignores the daily flood of racist abuse, sexist slurs, false accusations, murderous threats in order to weed out long-established words written without malice and understood by the majority.

While it works on eliminating all mentions of the Devil’s Dyke, its mindless word police are having to deal with sewing groups who persist in writing about “fat quarters”.

Bans have been imposed on use of this standard term for what remains after folding and cutting a length of fabric into four pieces. It is apparently now classified as hate speech.

Almost overnight, Facebook has rewritten the dictionary; out with the old and in with the new. None of the gradual and subtle changes of the past but a total cleansing of the language that has enabled clear and meaningful communication for centuries.

A language revered and cherished, honed and polished in tune with the world around us. Subtly nuanced, gently shifting, adding where needed but also preserving. Not annihilating.

Back to Chaucer’s time and beyond.

Chaucer, did you ask? Who’s that?

Sorry, I forgot. The University of Leicester has decided Chaucer and his like are off the curriculum. No more Canterbury Tales for its students; or other revered texts of those bygone days.

In their place will be “a selection of modules on race, ethnicity, sexuality and diversity” with a “decolonised curriculum and new employability modules”.

Our language and our literature did not begin on New Years Day 2021, or even as far back as 2000. The past (cliche alert), as we well know, is “a different country” (apologies for a literary reference) but contrary to Facebook and other destroyers it is the foundation upon which the present and future are built.

The nitty-gritty, in fact.

Whoops! Another massive misdemeanor.  One for which the BBC’s political editor Laura Kuenssberg has had a complaint lodged against her (and later dismissed) for use of what some claim is a racist term. Although its origins and meanings remain under discussion.

We now wait for the heavens to open. Battered to death by a storm of OEDs.