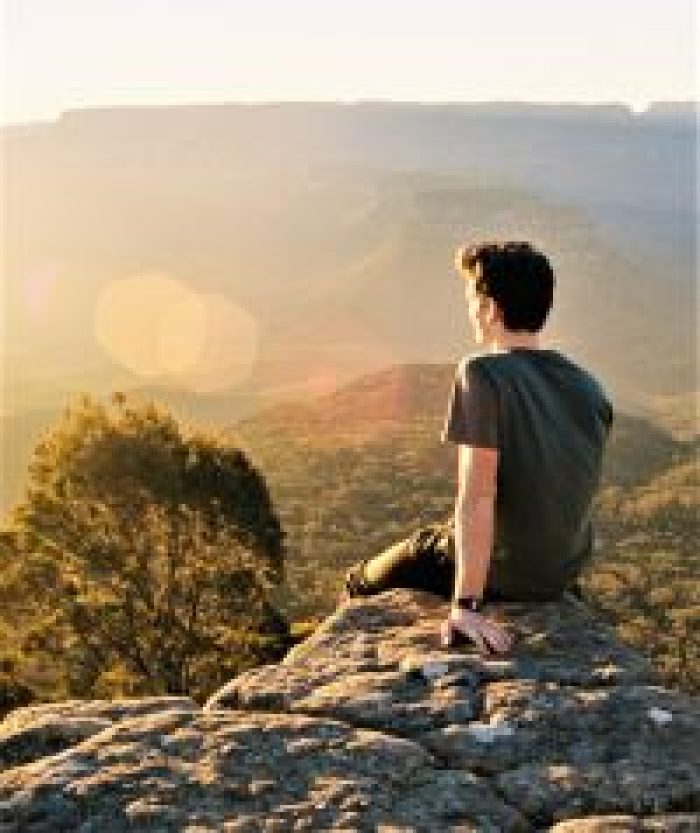 In the long run, even the running has to stop

TIME for reflection on this running life. For “reviewing the situation“, as the fiendish Fagin sang in the wonderful film version of Oliver, way back in the 1960s.

A need to stop awhile and consider what lies ahead. Like a rambler who has tramped their way steadily to the top of a Dartmoor tor, resting to take in the view while planning the onward route.

Whether to take in the next tor, seen faintly in the distance, or opt for the slightly less arduous track defined by contour lines that skirt it at lower levels. A step too far, perhaps, whichever route is taken.

Heart and soul yearn to trek on to far horizons while the brain taps out messages of caution underscored by waning energy levels. It sends a reminder the tank is not as full as it once was, not even as recently as last month and certainly not at the level of last year or back in those pre-Covid days.

There seems to be an inevitability about this steady decline. It discards positive thoughts and inner urgings; ignores vows to press on regardless; deaf to determination no matter how … er … determined.

Connecting with active others helps uplift the mood, motivates spasms of get up and go with thoughts of “I can do that, too”.  Until reality strikes and confirms there is a yawning gap of decades, not a mere few years, between myself and those I laughingly perceive as contemporaries and equals.

There is little more annoying than that glib aphorism claiming age is just a number.  Bollocks. Save it for supposedly humorous cards and memes to the ageing birthday boy or girl (or anything in between).

A motorist tearing along a suburban street at 120 mph might as well claim, “Speed is just a number, officer” as he is pulled over for exceeding the limit.

Or a convicted felon smilingly tell those wielding the cat o’nine tails, “Lashes are only a number” as they count down to the ordained one hundred.

Age is not a number. It is an irritating and infuriating condition. One that no smooth mantra is going to fix.

If it was that simple I would still be romping along with my younger companions,  churning out the miles at nine minutes or less.

But it just ain’t so. I may look as if I am one of them or even younger. The truth is that no matter how hard I try and no matter how much I yearn to be one of the pack, that bus has long gone.

“I can do that,” I relentlessly tell myself. But I can’t.

Take yesterday. Please do; it was one of the good days and I feel like sharing such wellbeing.  An intended walk somehow became a bit of a power walk, then a jog and soon a full-out run. Five miles or so.

Geez, it felt great although it would be dismissed as a mere gentle trot by most of those around me

Then there’s today. Lacklustre, lackadaisical and lazy. Dragged myself around the block. Drained. The desire to run remained somewhere deep within yet the willpower to achieve it had evaporated in a night of pain and wakefulness.

Thus I tend to whinge and whine, curse and complain, berate  myself as a failure.  All in the silence of my lonely room, as Sinatra crooned. And in so doing become more and more sidelined.  No one wants to run with a grump.

Sadly no one truly understands; only those who stand in my shoes can do that. One day they will, as their own years wind down. Oh to be there then and say, “I told you so.”

Sympathy is not required but a bit of understanding would be good.

We look and listen as our Olympians strive for success and glow with pride at being there, doing that. Always positive, even the losers, determined to come back stronger.

And we “young” oldies plod on; good days and bad days, taking heart from the achievements and perseverance of our companions of a similar era. Not knowing when to stop.  Dwindling in number. A dying breed, one might say.

An inspiration to all we are told, especially to all those couch potatoes clogging up their arteries and spreading their waistlines as they heap needless pressure on an already overwhelmed health system.

But I digress. Such strictures are for another time. Today is about decisions, about working flat out to achieve one more goal after having already seen another fall by the wayside a week or so ago.

Can I, should I, will I? Will the body get its act together one more time, and will the mind ignore any pain and think only positive thoughts?

Beyond the inspiration garnered from the Olympics I found hopeful answers in an even more recent event involving  several hundred local club runners – mostly not the elites but the fun runners, plodders, hackers, fit but not excessively so.

They tackled distances from 10 km to 100 km along the extremely rugged, storm-blown, rock-strewn, hilly and always testing Southwest Coast Path. Several running through the night.

They did it. At the finish they smiled, laughed and revelled in their achievements, finishing times unimportant. All pain, falls and feet pierced by thorns forgotten. They glowed as only runners can. A deep inner glow.

It’s that glow that I want again to experience. One more time. There’s nothing quite like it.

Yet the question nags away: can I, should I, will  the curse of age prove a barrier too high in stupidly venturing where so few have gone before?

Rootin' for you, Tony.