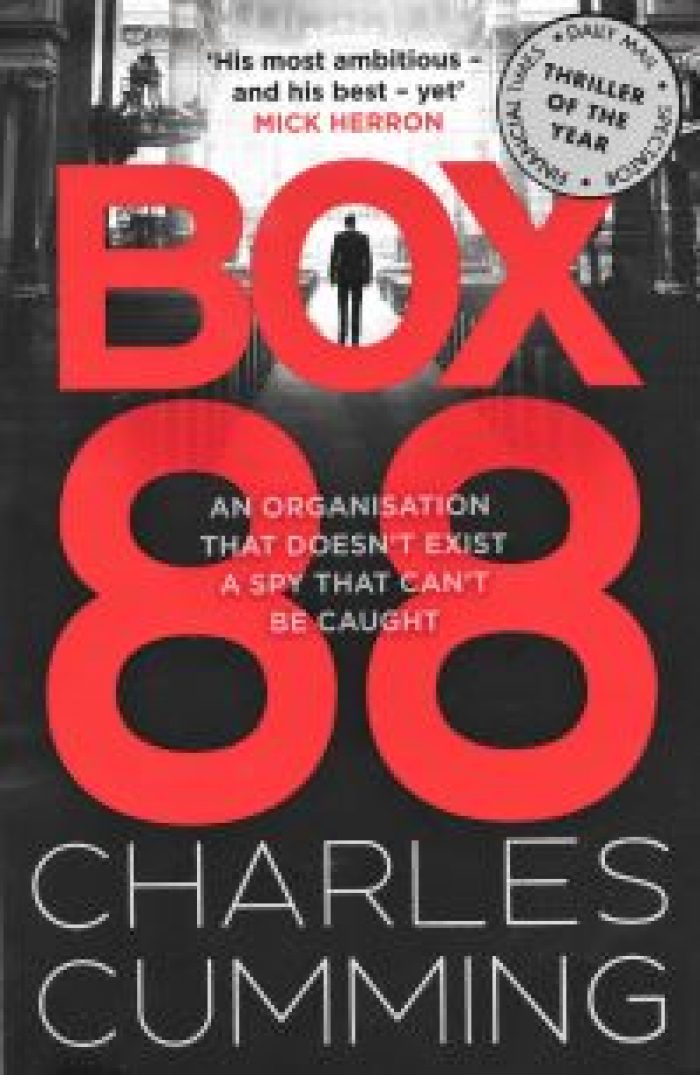 BOOK lovers are a stubborn and peculiar breed.

They will determinedly push on to the very last word despite all the negative vibes they are receiving from their current choice of reading matter.

Well, most do. After all, it’s only natural to wonder how does it all end, regardless of all that has gone before. Those final few pages where all the loose ends are neatly gathered in come as blessed relief.

As happens when Poirot gathers all the suspects in the library and names the doer of the dirty deed. We know we have been led a merry dance, with a strong sniff of red herring along the way.

But that’s the game played between author and reader that we will never stop playing. And, as with all sporting encounters, with varying degrees of success and pleasure.

When done at its best – as with Christie – we reach the end with a long sigh of contentment, clasping the book in a token handshake of thanks as we reflect on the clues we were given yet somehow ignored. Hidden in plain sight.

Yes, we have been fooled but oh how we have enjoyed the experience.

Then there are books like Box 88. Those that many times during the reading of them we feel like hurling  to the far side of the room. In this case, all 484 pages (the paperback edition) of them.

Accompanied by a staccato burst of far from praiseworthy words.

Nonsense! Rubbish! Preposterous! Beyond belief! Get away with you! And those were the polite ones; others were less fit for public consumption.

Maybe these were bellowed by a lone voice in the wilderness. After all, the book’s covers are crammed with high praise from media reviewers along with numerous household names from the crime fiction world.

Presumably, there are plenty out there who have read this meandering tale before blessing it with such glowing reviews.

The action, such as it is, takes place in 1989 and 2020. Dates that bookend a period that suffered the Lockerbie disaster, the Twin Towers attack and the deadly disputes between Iran and Iraq.

Events frequently mentioned as if to add serious drama to a narrative more akin to a Boys’ Own Paper adventure romp than nail-biting global confrontations.

And true to BOP tradition, the hero is a bright teenage Scottish schoolboy, Lachlan Kite, plucked from the classroom by the obscure espionage organisation Box 88 to help it unmask a sinister Iranian terror cell.

Yeah, right! Believe it if you can.

A brief and baffling preface follows a family boarding the fatal Pan Am flight 103 that never made it beyond Lockerbie. Baffling because the family are among the many killed and so play no further part in the story.  Nor have any connection to any of the characters.

From there we are plunged more than thirty years forward into present England. The schoolboy has morphed into a shadowy figure whose phone calls are monitored by MI5 while he proves his teenage talent by continuing to work for the even more secretive agency that first recruited him.

The preface is thus a needless reference point  for the numerous subsequent mentions of Lockerbie. Padding and flim-flam that are constants throughout this wandering saga.

Excess that soon arouses memories of Dan Brown and the infamous Da Vinci Code – the Marmite book of all time. So many clunky references to places, people, events and possessions.

Product placement more glaring than Coke and sports stars. Name dropping to extremes.  Heavy-handed devices to illustrate how the rich and flamboyant live.

The narrative switches between the now and then. While on a present-day operation, Kite is snatched by the Iranians as MI5 agents assigned to track his activities look on helplessly.

His captors incarcerate him on a boat moored at Canary Wharf and send their colleagues to imprison his pregnant wife in their rural retreat. Both are threatened with torture and death if Kite fails to reveal all that occurred on his first undercover mission.

Cue flashback. Which takes up a major part of this tortuous tale.

The teenage Kite uses his public schoolboy connections to get invited to a summer house party on the French Riviera. A gathering believed by Box 88 and others of being designed as a cover for meetings between an Iranian oligarch and a devious London entrepreneur.

This odd and cliched couple are suspected of planning to wreak havoc on Iran’s new restrictive regime and to its wider connections. A view supported by the presence of a clutch of Iranian dissidents with similar objectives who have also infiltrated the house party.

Very messy. Very French farce. With much running up and down stairs, peeping into bedrooms, hiding in the bushes, notebooks left conveniently open, eavesdropping on phone calls, sullen bodyguards and a cast of domestic extras definitely not to be trusted.

All of which plays out to a swirling background of excessive eating and drinking, much romping in and out of the pool and frantic first love liaisons in the shrubbery.

Borderline alcoholic Kite, encouraged by his schoolfriend Xavier (also well into the white powder) swaggers drunkenly through mishap after mishap, veering between brash schoolboy naivete and almost pompous maturity well beyond his years.

For no credibly justifiable reason, his superiors at Box88 have rented a house nearby that he pops into on his contrived early morning jogs, if he is not too hungover to rise in time.

If that doesn’t suit or the biddable Martha has demanded more bedtime there is a system of “drops” for making contact: a packet of cigarettes left on the villa wall or a red shirt hanging from a window.

And there is a ghetto blaster positioned to record conversations, a bedside lamp secreting a listening device that he has to move from room to room, and a Gameboy unit also programmed to eavesdrop.

Really! Ho hum, back to Boys’ Own Paper.

Kite is one talented cool customer, a Bond in the making. A sneaky dash into house from the pool after bottles of wine and whisky has him fumbling  through one of the suspects’ jackets to find a letter written in Farsi (which he has no trouble identifying) with an air ticket to New York.

He commits flight details, names and other data to memory along with yet more convenient information about hotel bookings. Brilliant. What a mind. Unaffected by oodles of booze and a capacious memory for detail.

You’ve gotta believe. If you don’t this whole leaning tower of fantasy comes crashing down.

Needless to say, Kite survives and triumphs on his initial teenage sortie into the murky world of espionage. Which is why he is now (wake up at the back there) enduring a life or death floating inquisition  at Canary Wharf. And his wife faring little better in their Sussex bolthole.

For a while, MI5 lost sight of him. As did Box88. Everything was touch and go.

No spoilers to come. If you’ve got this far, you deserve to be kept guessing.

After all, one never knows what might happen in a tale of such contrived and unlikely coincidences, the unbelievable mingled with the nigh impossible and a bunch of characters who stretch credibility to the limit.

Previous
Baffled by Hadrian’s Wall and a mystery postcard
Next
Have a cuppa with pride, not prejudice