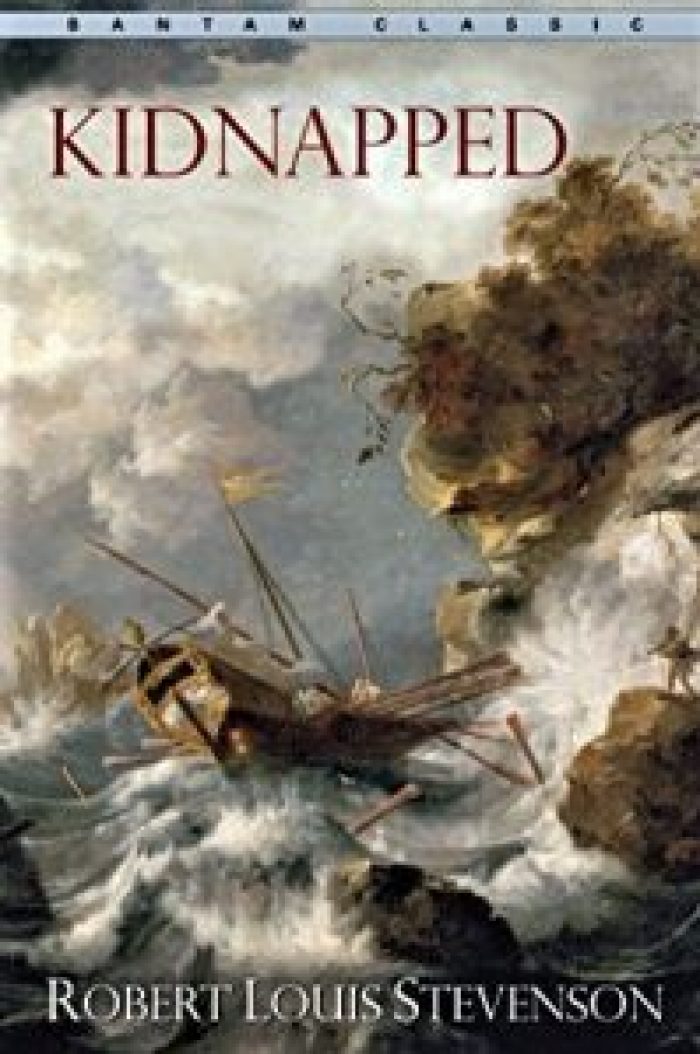 WHO would have thought it?  Who in their wildest imaginings would have been prepared for such a sudden assault on their mental processes?

Thank goodness, therefore, for those ever-alert guardians of our sensibilities  and weak spots.  The do-gooders who see harm where none exists; and attach needless warnings of  possible injury to the most innocent and blameless pleasures.

Were it not for these round-the-clock vigilantes, young readers could well suffer mental stress and disturbance when lured into reading one of the enduring classics of children’s literature.

Imagine the harm to be wreaked on any who are tempted into forsaking video games crammed with brutality and murderous mayhem in favour of a book telling a lusty tale of adventure among Scotland’s warring clans.

The former are shoot ’em up, blow ’em up visual assaults on the senses. Bereft of words.  Short on reasoning. Killing for killing’s sake; it’s either them or us.

The latter is no less short on action. Almost breathless, in fact, in unfolding its succession of  twists and turns. A pile-up of setbacks and obstacles for the hero to cope with. Yet none occur without reason.

Swashbuckling in excess between the Highlanders and the Lowlanders and numerous fearsome villains and vagabonds in between.

The book is Robert Louis Stevenson’s 1886 classic Kidnapped. But be warned, especially if any would-be reader is ignorant of the title’s meaning.

According to those in authority at the University of Aberdeen, the plot of Stevenson’s novel contains – wait for it, drum roll please – an abduction!

Shock, horror, cover your junior readers’  ears and eyes lest they be seared by this sudden discovery.

And take similar precautions with those more senior.

The good folk at the U of A are busily flagging “trigger” moments in the works of Jane Austen and also, inevitably, Shakespeare – ye olde bard who knew a thing or two about choosing le mot juste and calling a spade a bloody shovel.

The plot of Julius Caesar apparently not only centres on a murder but also contains sexist attitudes.

As for Charles Dickens’ A Tale of Two Cities, set in a time of revolutions and uprisings, we need to be warned it “contains scenes of violence, execution and death”. Oh dear, those French, never could be relied upon to do the right thing.

At this rate we might as well shut down libraries. And booksellers. Have a purge. Burn all books.

Let us not stir up unknown fears hidden deep readers’ psyches. Who knows where that might lead?

Certainly nowhere good if the authorities at the University of Aberdeen – and presumably like-minded conclaves of academia – are to be taken seriously.

There is something inherently wrong about so-called “seats of learning”  (trigger alert: possible sexist word) emasculating the sources of a broad education, discussion, debate and analytic thinking, by steering potential readers into placid waters.

Telling people they might be upset or offended is no way to broaden minds. That is piling one trigger upon another.

Seems yet another new vaccine is needed; a prick against triggerphobia.

Previous
Snowbound Siberia, oligarchs and shamans
Next
Lets eat Grandma and to hell with punctuation